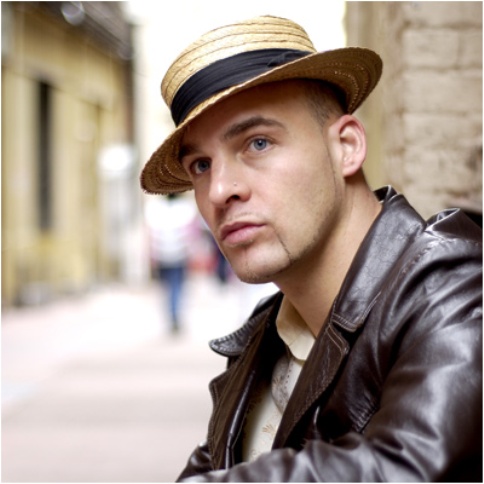 J-Boogie is a name that I have had nothing more than a passing acquaintance with until earlier this week. I was familiar with one or two of the world-renowned DJ/producer's remixes, particularly his spin on Alice Russell's "Got The Hunger," but I had no idea that he had put out three albums alongside his band Dubtronic Science. His most recent album, Undercover, was only released earlier this week and after seeing it described as a melting pot of soul, funk, hip-hop, nu-jazz, dub, and electronica I thought there was bound to be a track or two worth checking out. That "track or two" was blown out of the water after I got five or six cuts deep -- every last one is worthy of repeated spins. The two tracks that particularly stood out were "Space & Time," featuring Gina Rene and Rich Armstrong, and "Undercover," featuring Chrys Anthony. The former has a mellow, nu-soul groove with Gina and Rich's vocals intertwining beautifully, whereas the latter has a funky disco vibe that is accompanied by a great video (which you can see after the bounce) featuring scenes of an underground Bollywood nightclub. Do your music collection a favor, and pick this one up immediately.