Justin Timberlake Manages To Piss Us Off Again 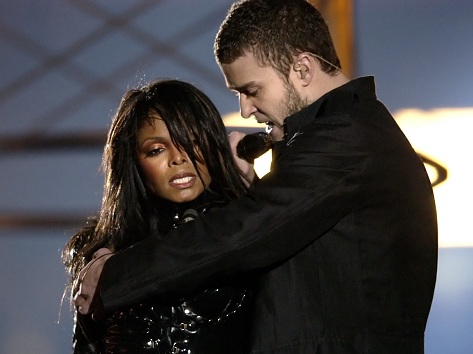 So, let me get this straight: Justin Timberlake's a rapper now? Apparently so if you go by the newest video by FreeSol, one of Justin's artists on his Tennman label. I won't get too detailed about how laughably bad this pile of burning, Auto-Tuned crap is because it's not really worth even mentioning (and if you're into torturing your eardrums, you can check the video after the bounce), but what I will talk about, however, is one of the things Mr. Timberlake mentions in his "rap." Towards the end of his verse he spits, "...Maybe I'm an a--hole/Oops, did I take it too far?/Super Bowl." And with that, Timberlake rips open the left side of his shirt, and then we get a flash of a random female extra baring her breasts.

Really, Justin?
Center
After the bounce

We've already taken Mr. Timberlake to task on SoulBounce about his objectification of black women, but as a self-professed Janet Jackson stan, I must say that I'm more than just a bit offended. You see, I feel about JT the same way Riley from The Boondocks feels about Santa Claus, and it all stems back to one moment: Janet's breast-bearing at the halftime show of Super Bowl XXXVIII. If you'll remember, Justin played turncoat during the media crucifixion of Janet after Super Bowl XXXVIII, even going as far as saying that he "was completely shocked and appalled" by the event (nevermind the fact that it was choreographed or that it was the during the performance of his own song). He even apologized (read: kissed ass) so that he could appear on that year's GRAMMY Awards. Janet, in turn declined the offer to apologize and appear on the show, missing the opportunity to pay tribute to friend Luther Vandross who passed away soon after.

Now, I'm not blaming Justin for the media backlash that "Nipplegate" incurred (that has a lot more to do with racism, sexism, and our antiquatedly puritanical society than I care to get into at the moment), but I do blame him for the cowardice he showed during the situation. He showed Janet less support than that bra he ripped away and got to leave the situation damn near squeaky clean. Sure there are other factors to consider and sure he was young, but above all that, one should have the integrity to accept their part in a bad situation. When Justin showed that he had no integrity whatsoever, I lost all respect for his talent and no amount of falsetto and fancy footwork would bring it back around.

So now, eight years after the fact, he wants to pose like he was proud of the moment that he worked so hard to be whitewashed from? And even worse, he wants to trade it in for some pseudo street cred in a wack-ass, sub-par hip-hop song featuring a lame-ass, Auto-Tuned rapper? White boy, please. The rest of you guys can continue to pine for his return to music and yuk it up when he's in movies or on Saturday Night Live. Personally, I'll hold out for someone who has some character and conviction behind all that talent.

Oh, and Justin, please do as Ice-T once said and eat a hot bowl of d-cks.