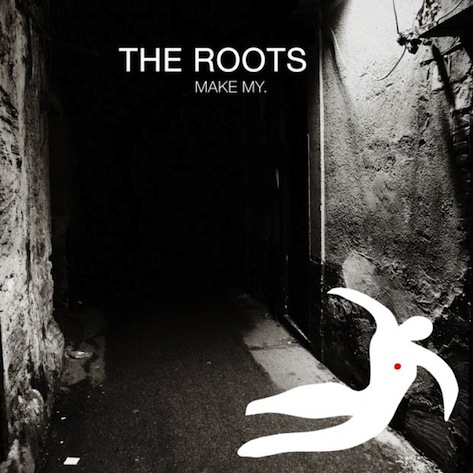 Nothing beats a case of The Mondays (or any other day of the week for that matter) like new music from The Roots. And this one is extra special because not only is it the first single from their upcoming album, undun, but it also features Big K.R.I.T., who's made quite a splash this year and will wind up on many a year-end "Best of 2011" list. K.R.I.T. joins the Legendary Roots Crew on "Make My," the second track on undun, which is a concept album about a life lost. Here's undun further explained from the press materials:

undun is an existential re-telling of the short life of one Redford Stephens (1974-1999). Through the use of emotives and Redford's internal dialogues the album seeks to illustrate the intersection of free will and prescribed destiny as it plays out 'on the corner'. Utilizing a reverse narrative arc, the album begins as the listener finds Redford disoriented--postmortem--and attempting to make sense of his former life. As he moves through its pivotal moments he begins to deconstruct all that has led to his (and our own) coming undun.

Heavy stuff and once the album is released on December 6th we'll hear how this track fits into the overall story of this young man's untimely demise. [H/T: OKP]


TAGS:  audio, big k.r.i.t., the roots
Previous: Can You Weather A ‘Cold Summer’ With CJ Hilton? Next: Morning Soul: Act Like You’re Mine In The Light And The Dark