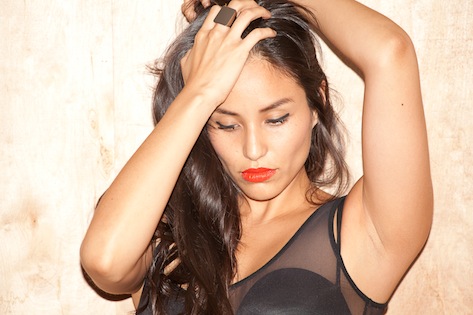 Whatever it is that Robin Hannibal is drinking, I need some. How he finds the time to keep his finger in so many musical pies is beyond me, this year alone he has managed to release his solo EP Bobby and the Boom Clap Bachelors' Mellem Dine Læber, he has moved to LA to finish off Quadron's sophomore project, and he still found time to produce for the likes of Szjerdene and now his girlfriend, Los Angeles-based songstress Louie. Her song, "Dirty Secrets," is produced by Robin and has his signature sound all over it, so much so that I could have mistaken this for a new Quadron track had I not been told different. Louie's soothing vocals ride the woozy, soulful electronic groove beautifully, as she asks that you "tell me all your secrets." One listen to this, and I don't think you would be able to resist.
Center


TAGS:  audio, boom clap bachelors, Louie, quadron, robin hannibal, Szjerdene
Previous: We Have A ‘Question’ About Vindahl’s NSFW New Video Next: Lalah Hathaway Takes Us To ‘Where It All Begins’