Submotion Orchestra Are ‘All Yours’ 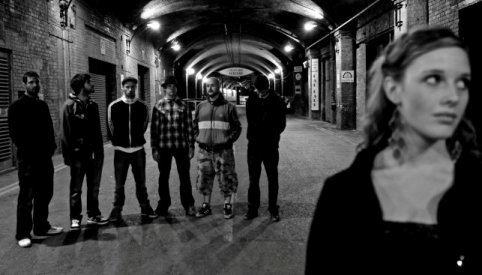 Dubstep, along with '90s-revival R&B, seem to have been the genres of choice in 2011. It's what all the "cool kids" are listening to and all the high-brow music critics are raving about. So if you fall into either of those categories, or just happen to dig that kinda music, then check out Submotion Orchestra. The seven-piece outfit, hailing from Leeds in the UK, originally formed to produce and perform live dubstep, however they have since evolved their sound, incorporating jazz, dub, soul, and electronica, even a little drum 'n' bass. The band comprises DJ/producer Ruckspin (aka Dom Howard), drummer Tommy Evans, percussionist Danny Templeman, Chris "Fatty" Hargreaves on bass, Simon Bedoe on trumpet, and Taz Modi on keys. The final piece of the puzzle is vocalist and frontwoman Ruby Wood, whose soothing, soulful vocals stand front and center and have drawn comparisons to Sade. Their sound is dark and murky, yet at the same time there are glimpses of something a little more upbeat, mainly thanks to Ruby's vocals and Ruckspin's electronic flourishes, meaning they will appeal to fans of ambient chill-out favorites Bonobo and The Cinematic Orchestra, as well as more vocal-led projects such as SBTRKT's latest album and singers like Andreya Triana (who members of the band have worked with). You can listen to and download the acoustic version of album favorite "All Yours" below, and the full album, Finest Hour, can be streamed over at their SoundCloud page.
Center