Are You Gonna Fall ‘In Love’ With Jhené Aiko? 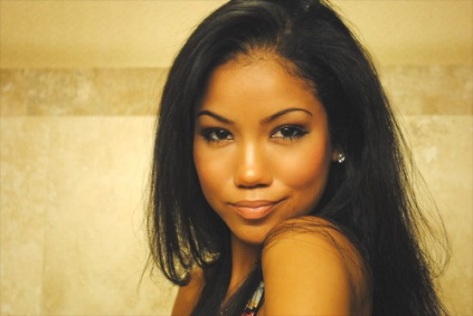 You might not have heard of Jhené Aiko, but she's been bubbling under the surface for a quite some time now. Originally signed to Chris Stoke's T.U.G. Label along with the likes of B2K, she was featured in a few of B2K's videos and even on a few of their albums. After leaving the fold to pursue her education and motherhood, she bounced back into the business to drop her mixtape Sailing Soul(s), which featured appearances by Miguel, Kanye West, Drake, and Gucci Mane, earlier this year. Now she's back with her new track "In Love We Trust," which features up-and-coming rapper Casey Veggies. The song tells the story of a girl learning to believe in love and her relationship once again. It's a nice little groove and, while she can tend to go into Cassie territory vocally, she has the benefit of picking strong production that keeps the songs interesting. As for Casey Veggies portion, it's another forgettable rap tacked onto an R&B song that I can do with or without. Ms. Aiko is rumored to be working on new material, so maybe we'll be seeing the full range of what she can do in the near future.
Center