Betty Wright Brings That Vintage Sound With ‘Grapes On A Vine’ 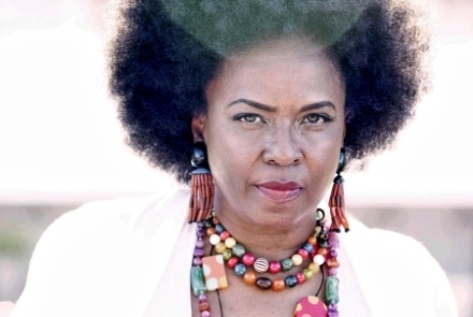 The original "Clean Up Woman." Betty Wright, is back with her first new material in over 10 years, and as she states in the first single, "Grapes On A Vine," it gets better with time. The release of Betty Wright: The Movie caught us here at SBHQ unawares, however with backing from none other than The Roots (who also contributed to Al Green's comeback LP Lay It Down) the surprise was more than welcome. As well as The Roots, the album features appearances from Lil' Wayne (on the single), Joss Stone, Snoop Dogg, and Lenny Williams (of Tower of Power). "Grapes On A Vine" sees Betty returning to the hard-hitting'70's R&B/funk that she is best known for, and I have to say she sounds as good as ever. I could have done without Wayne chipping in with ad-libs on the chorus and I'd have preferred to hear someone like Black Thought on the verse, but hey I'm being picky. Give the track a spin below then head on over to Amazon where you can pre-order the album, which is scheduled for release on November 15th. [H/T: OKP]