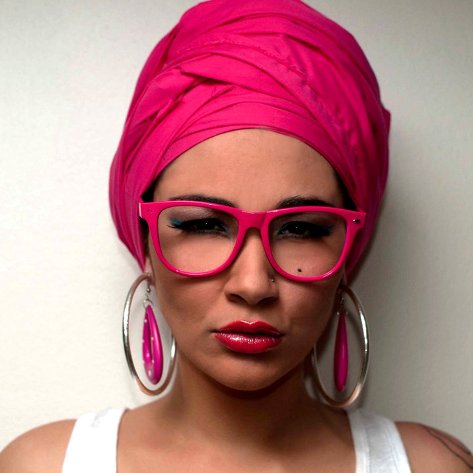 Seriously, what is it in the water around Australia and New Zealand? That part of the world has been churning out some serious soul, R&B, funk, and dub over the last few years, and it dosn't look like things are set to change anytime soon. Lucky us I say. Our latest "discovery" from Down Under goes by the name of Alphamama, a singer who fuses soul, R&B, and hip-hop, as well as influences from her South African/Indonesian roots and her love of Latin/Brazilian music, to create a refreshing sound of her own. She has hooked up with the all-female band, The Love Drug, to release her self-titled EP, which has drawn comparisons to Erykah Badu (I'm guessing on the strength of "If Ya Gon' Lie") and Lauryn Hill, both of whom she cites as her musical influences alongside the likes of Jill Scott, Damien Marley, and '90's girl-groups. Comparisons aside, dive into "If Ya Gon' Lie" below then hit the bounce to check out the video for her song "Dawning." Be patient as, at nine minutes in length, it's not your typical music video, but once her voice kicks in you won't be disappointed.