Give It Up ‘One Time’ For The Roots, Phonte & Dice Raw 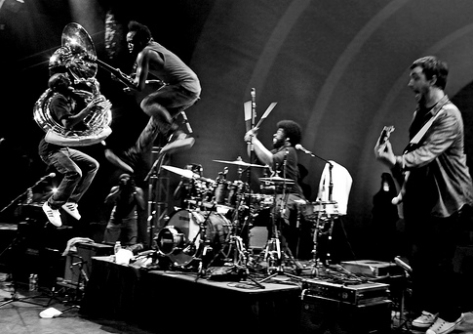 We're less than a week away from the release of undun, The Roots' tenth studio (and first concept) album, and the anticipation is high around these parts. The good folks over at NPR have provided us with a first listen of the album, and it sounds phenomenal. Of course, one of the album's best tracks is the Phonte-featuring "One Time." The song is full of the dreamy production that made the first leak "Make My" sound so damn good, but this time it's packing just a bit more heat. Tigallo, whose been on fire as of late, comes hard on the opening verse, but Black Thought isn't one to be overshadowed, and it shows in the hard-hitting rhyme that he delivers after the first chorus. Also along for the ride is frequent collaborator Dice Raw (who might as well be an official member of the band at this point), who also comes correct on his verse, setting up the internal struggles that the album's protagonist must be going through. undun is on its way to being considered one of The Roots' best albums to date, and deservedly so. Check out "One Time" below, and be sure to pre-order undun for your collection now.
Center