J*DaVeY’s ‘Drug’ Will Hit The Streets This Month 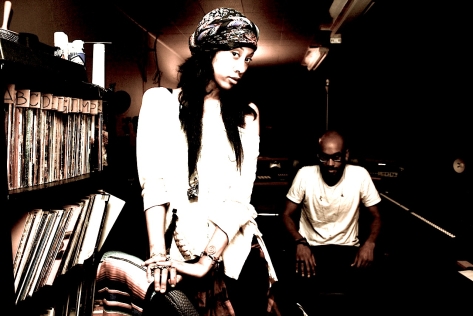 It looks like J*DaVeY weren't toying with my emotions after all. After years and years of promises a long wait, New Designer Drug will indeed soon be within our grasps. And when I say soon, I mean within-the-next-two-weeks soon. The official street date for the duo's long-awaited album is November 22nd. According to their press release, the album will be released to iTunes for free in conjunction with their $2.99 diary-like digital booklet entitled New Designer Drug: The Liner Notes, which will feature tour photos, lyrics, and the story behind the making of NDD. To further whet appetites, the duo has released "Queen of Wonderland" as the album's lead single. We've already brought you the live version via PinBoardBlog's Rehearsal Rooms project. The album version features bass-guitar monster Thundercat and it, while not as heavy-hitting as it sounded in the video, still rocks pretty damn hard. While you're marking off the 22nd on your calendars, take a listen to "Queen of Wonderland" below and then be sure to support and buy it on iTunes.


TAGS:  audio, j*davey, thundercat
Previous: We’ll Take Cee-Lo Green ‘Anyway’ We Can Get Him Next: Who The Game’s Gonna Be Missing: Heavy D