Mayer Hawthorne Reintroduces Himself With ‘How Do You Do’ 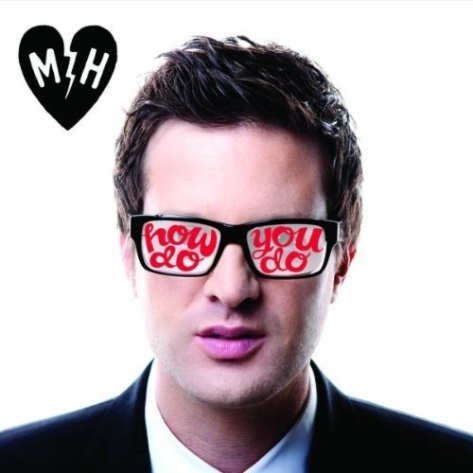 What can one really expect from Mayer Hawthorne's major label debut? Sure, his soulful crooning on 2009's A Strange Arrangement was impressive, but it was also a bit homogenized, all the songs sounding so similar that even standouts like "Maybe So, Maybe No" faded into the whole. Maybe that's why some were left with the feeling that his nostalgic soul sound was more Flash and the Five Horsemen (word to The Five Heartbeats) than the genuine blue-eyed soul that it was. Luckily, Mayer's latest How Do You Do is more Hall & Oates than Flash, building upon his soul influences with solid pop songwriting that makes the album a much less vanilla affair.
Center

The album starts with Al Green-worthy slow jam "Get to Know You,"
which is all about convincing the girl to give up the draws. But, since
this is Mayer Hawthorne after all, it's done in the sweetest and most
romantic way possible with his lilting falsetto underscoring his more
carnal motives. "A Long Time" finds Hawthorne stepping directly on the toes of Michael McDonald and Daryl Hall.
Telling the story of Detroit and the music that put it on the map, it
shares hope that the city will eventually be restored to its once-held
glory. It's definitely a funky little number that would've fit right in
on '80's pop radio and shows Hawthorne's ability as a musical
storyteller.


Perhaps the album's most surprising moment is "Can't Stop," which features Snoop Dogg. It almost sounds like Mayer's take on the P-Funk/Bootsy Collins
style of balladry, with Snoop adding a bit of gangsterly bravado to the
mix. But, instead of lacing the track with a rhyme or two, Snoop
actually sings -- without the assist of any (noticeable) Auto-Tune or
vocal trickery. The two play well together making the track much better
than the epic trainwreck that it should've been.

Unfortunately, the next few tracks following "Can't Stop," with the exception of single "The Walk," threaten
to derail the momentum the first three tracks built up. "Dreaming,"
while sunny and sweet, is ultimately forgettable and the same can be
said of "Finally Falling." "Hooked" is such a faithful reproduction of a
Smokey Robinson song that he should be getting royalties, but it lacks the emotional connection that Smokey tended to lend to his performances.

"Stick Around" fairs better, buoyed by the production and Hawthorne's
endearing falsetto. "The News" ventures toward the quirkier sound that
he mined in A Strange Arrangement's "Green Eyed Love," but with a surer footing
and a bit more fun. "You Called Me" continues the fun as he sings about a
phone call that makes everything alright.

Mayer saves the best for last with the one-two punch of "You're Not
Ready" and "No Strings." The former is a tender slow jam that again
winks to Al Green's '70's work. Heavy heart in hand, Mayer realizes that
his girl isn't ready for the love he has to give and makes you feel the
heartbreak of the lyrics. With "No Strings," the nostalgia doesn't sound
forced or overdone, blending his modern pop stylings with just the
right kiss of throwback soul. It's the most fun record of the bunch and a
great way to end the set with an anticipation of what Mayer will be
bringing to the table on his next foray.

Mayer Hawthorne How Do You Do [Amazon][iTunes]