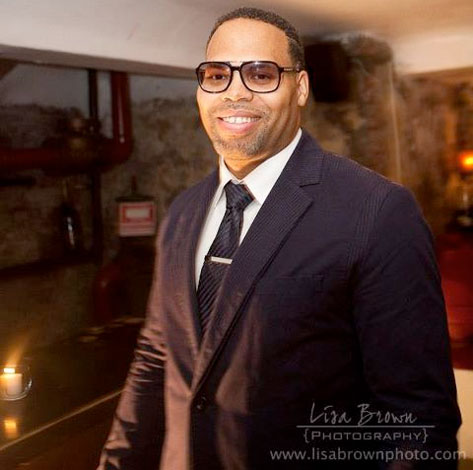 In a matter of days, Eric Roberson's long-awaited, highly-anticipated new album, Mister Nice Guy, will finally be in the hands of his fans and lovers of good music when it officially drops on Tuesday, November 8th. To celebrate this occasion and to satisfy my raging Errobsession, Eric has decided to spend his album release eve with his SoulBounce family for a two-hour "Twitterview" with yours truly on Monday, November 7th from 10 pm until midnight. I'm already swooning at the mere thought of chatting it up with one of my favorite male vocalists ever for two whole hours even if it's over the computer and live on Twitter. But this isn't all about me, I'll share Erro with the rest of y'all because I'll be asking him your questions. That's right, if you have a burning question for @IAmEricRoberson then you can send it in for possible inclusion in the Twitterview by one of three ways: leave a comment with your question on this blog, post the question on SoulBounce's Facebook fan page, or send it to @SoulBounce on Twitter by following us and adding the hashtag #MrNiceGuyonSB. All questions or comments are due in by 7 pm on Monday, then Eric and I will see everyone on Twitter later that night at 10 pm EST sharp.
Center