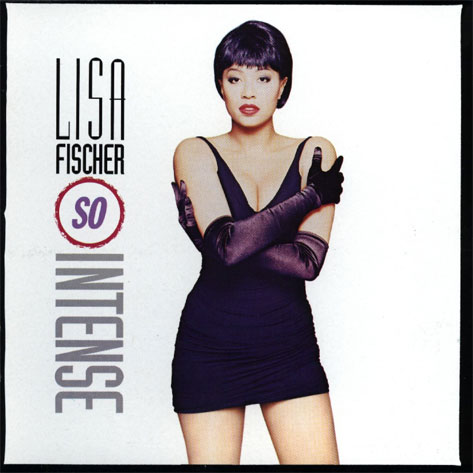 Back in 2008, I got to scratch off on my "Things-To-Do-Before-I-Croak" list to catch Tina Turner during her 50th anniversary concert tour. While Ms. Legs strutted off stage to take a breather (the woman is in her 70s, okay?) none other than Lisa Fischer took the center stage during the intermission to keep the crowd hyped for Turner's return. Much to my concert going gal pals puzzlement, they were wondering who this powerhouse vocalist was that was commanding the stage with Turner-esque force -- and also why yours truly was screaming like an audience member for one of Oprah's "Favorite Things" episodes. After the show, with a smug smile on my face, I had the pleasure of pulling Fischer's lone solo album, So Intense, out and introducing my friends to a misbegotten voice and a voice that became embroiled in a case I like to call: "The Curious Case Of Too Many Divas and Not Enough Spotlights."
Center

The facts were these...

It seemed the '90s operated on girl power as female vocalists of all walks of life dominated the music scene, and if you didn't know all the wonder women involved you at least heard them. With every head turn you'd see someone throwing their hands up in singing abandon with dramatic microphone clutches and fashionable cocktail dresses clinging to all the right curves. With every radio dial click you would hear whistle registers, vocal runs, and notes stretched to lengths that made you take out a stopwatch. As a '90's child, seeing such talent provoked me to believe in the word diva. Though the term diva has stereotypical connotations, one thing is for sure, if you're a diva -- you gotta know how to sang. Not sing. Sang. There's a big difference in the words, and note the "a" which is supposed to emphasized. There was a lot of sanging going on in the '90s as you had the likes of Whitney Houston, Mariah Carey, Phyllis Hyman, Chaka Khan, Celine Dion, Anita Baker, Taylor Dayne, Miki Howard, Karyn White -- must I go on? So it made sense for Lisa Fischer to come into the mix and add a little bit of her zest to the glittering pot. Yet, it's hard when you have stiff competition in already in place and you're the newbie in town.

Fischer first impeded on the scene in 1983 under the name Xena (no "Warrior Princess" here) and had small success in the club circuit with two Freestyle records produced by the men who allowed Shannon to "Let The Music Play", with one cut ("Only Love (Shadows)") finding it's way into the 1984 cult dance movie Beat Street. Dropping the Xena persona, she opted out of the spotlight to do backing vocalists for a roster of artists, notably Melba Moore, Billy Ocean, and Mr. Smoothie Drink himself, the late Luther Vandross. By 1991, it was time for Fischer to try again and step out from behind the scenes into the forefront, and with slick production and upheaval from the pens and minds of Narada Michael Walden, Marcus Miller, Attala Zane Giles, and Vandross himself, So Intense, Fischer's debut was born.

Aptly titled, So Intense focused on the splashing vocal gymnastics of Fischer. Though the album has its tepid moments where the down-tempos are a little too slick and basic for their own good, Fischer is energetic and on-point even when things tend to be nodding off. Of the highlights, the duo of "Chain Of Broken Hearts" and the "Last Goodbye" have depth due to the vocal tones Fischer takes, and they close out the album in a "blue lights in a basement" type of vibe. Her cover of Skylark's 1973 hit, "Wildflower" is potent as is the soulful title track which has a crisp arrangement, and is by far one of my personal favorites on the set. Not all is smoldering quiet storm as Fischer blazes in with the minor hit "Save Me," which is power pop with a dash of New Jack grit thrown in, while the very-Vandross assisted "Send The Message Of Love" is typical '90's PSA set to music but with a lot of gospel spunk wedged in.

The grabber of So Intense is, of course, her GRAMMY-winning single, "How Can I Ease The Pain?". To put it in simple Cliff Notes terms: Lisa Fischer sang (there's that word again!) the damn thing. She takes this song and she just throws it down on the ground and she vocally struts all over it. The song is truly the stuff that '90's tissue clutching and snot-slinging ballads are made of right down to the dramatic pause in the middle and then the whoosh! rush of a high whistle register at its zenith point. It's perfect on every level.

Yet, with a GRAMMY win (and one she shared with none other than Miss Patti LaBelle for Best R&B Vocal Performance) backing by Vandross, and a solid debut album, Fischer's solo career faded away -- and it was by choice as she opted to return to her backing vocals duties. In addition to touring with Tina Turner, she's gotten standout acclaim for being a long-time touring vocalist for the never-retirement-home-bound Rolling Stones and sharing moves with Mick Jagger before it was cool to sing about it. Though it would've been great to see her tussle on the charts with Whitney and Mariah, it's comforting to know that Fischer hasn't unplugged the mic as she's still sanging away and enjoying what she does best.

...and so concludes this case. 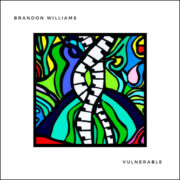