SoulBounce’s Class Of 1991: Sounds Of Blackness ‘The Evolution Of Gospel’ 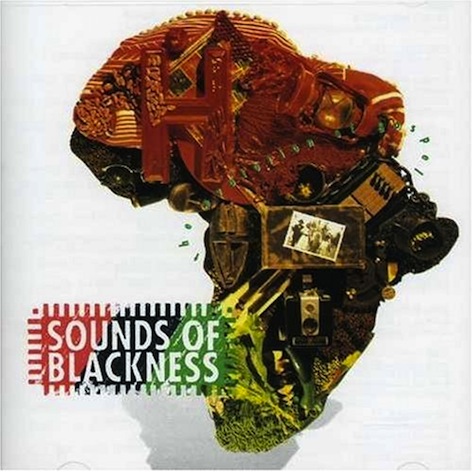 Before Kirk Franklin brought the gospel to the clubs with "Stomp," Jimmy Jam, Terry Lewis, and the Sounds of Blackness brought Jesus to the jump offs. Capitalizing on the big-voiced dance queen divas craze that Martha Wash and Loleatta Holloway were enjoying with C&C Music Factory, Black Box, and Marky Mark, Sounds' uptempo tunes were often remixed for clubs allowing their message to bump in the clubs as well as the churches in '91.
Center

Gary Hines' Sounds of Blackness were a Minneapolis cornerstone and a ready-made unit before Jam & Lewis got their Perspective Records label off the ground. But secular audiences and those outside the Twin Cities were only familiar with their sound via backgrounds on Prince's "Scandalous," a modest, if not forgettable offering of such a stellar cast of vocalists. Atop an impressive list of lead vocalists was that of one Ann Nesby, who's searing contralto blended Aretha and Patti and took any innocent bystander to confession.

In the summer of '91, Perspective was launched with the irresistible "Optimistic." I was happy to be buying the CD as I was a loyal Jam & Lewis fan, but I have to admit, the fact that I was buying my first gospel cd made me a bit more proud. In the wake of gangster rap taking over mainstream radio and video waves, a summer of New Jack City and
Boyz n the Hood, and more overt sexual recordings advancing from album b-sides to regular rotation, it was good to know somebody out there cared about our souls. "You can win, as long as you keep your head to the sky. Be optimistic!" I remember putting that tune on a tape with DJ Jazzy Jeff & The Fresh Prince's "Summertime" and I can only tell you the difference the a-side of that tape meant with "O.P.P." on the other side.

Jam & Lewis didn't dominate the entire album's production as Gary Hines was a trusted director and producer and the fabric that was Sounds of Blackness had to remain intact.
The Evolution of Gospel was quite a responsibility to take on if one took them seriously. So sprinkled between the Jam & Lewis tracks were field hollers and hymns to give us the full picture. The choir arrangements evoked joy, pain, and even fear that would've been a bit too heavy were it not for the jams that followed. "Chains" began the album alongside the video for "Optimistic," and thank God there was such an uplifting tune to balance out such a first impression. "Ah Been Workin'" was such a brilliant delivery you could feel the sweat dripping from the slaves. The all of a sudden, "I need release!" Ann takes back over and 'The Pressure, Pt. 1" takes us to the dance floor. Field sweat immediately turns to dance sweat as the tune was so high powered and uptempo you were soon out of breath. The final doses of Jam & Lewis were perhaps the most poignant. "Testify" was the kind of gospel message and secular ease that the Winans had achieved for the past decade. Co-lead by Ann and Dre Shepard (we'd soon meet as co-lead of Lo-Key?), the sentiment wasn't simply motivational as "Optimistic" was. It was a Christian message with no watering down for R&B listeners to overlook it lost in the beat. A slower revisit of "The Pressure" closes the "a-side," allowing Ann to take her time and also the emotion of the lyrics to build.

I really could've been back to the baptism tub here.

But Gary Hines takes the wheel to direct the more traditional "b-side" of the album.
The traditional gospel cuts included made it certain that there was no straddling the fence or selling out for sales. "We Give You Thanks" shone brightest of these, letting Ann and Gary properly deliver the pre-Jam & Lewis gospel that was Sounds back in the Twin Cities.

It was a rather bold statement to launch their label with a gospel act. But Jam & Lewis took a chance in looking out for their homefolk and won releasing a project that didn't straddle the secular fence for sales and made gospel music that much more accessible to potential church passerby long before Kirk and G.P. was with us.

Sounds Of Blackness The Evolution Of Gospel [Amazon][iTunes]