This Mark de Clive-Lowe Remix Of Nostalgia 77 Is ‘Golden’ 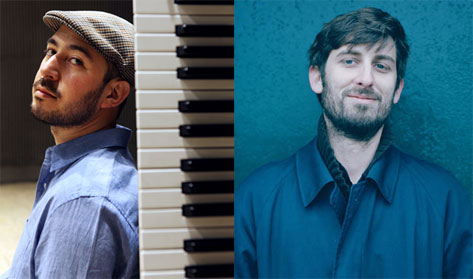 There are some people who just have the midas touch. Everything that they lay their hands on turns out amazing. One such person is none other than SoulBounce fave Mark de Clive-Lowe. He recently released his Tru Thoughts debut, Renegades, to rave reviews, and, not one to rest on his laurels, he has also assisted label-mate Nostalgia 77 (one Ben Lamdin) with a remix for a song from his new Sleepwalker EP. MdCL adds his signature flavor to his remix of "Golden Morning," a track that was previously released on Nostalgia 77's The Sleepwalking Society and featured Josa Piet on vocals. Mark's electronic flourishes flip this song on its ear, turning it from a somber tune more suitable for falling asleep to into a track that makes you want to get up and go. This ray of musical sunshine can be downloaded for free directly from Tru Thoughts, and the Sleepwalker EP with this remix and three more of the song "Sleepwalker," is on sale now.
Center