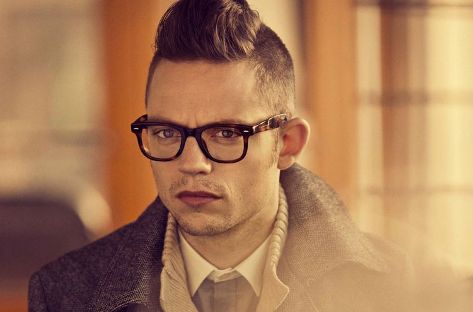 One of the best bits of writing for a site such as SoulBounce is that we continually get to discover talented individuals who, in day-to-day life, would most probably have flown under our radar. When Butta came across Norwegian soulboy Bernhoft on the Ellen show earlier this year, a surge of excitement coursed through SBHQ, as he reinforced the fact that how you look, and the labels applied to you, often have no bearing on how you actually sound. Great vocals, a knack for catchy songwriting, and an ability to play several instruments meant that Bernhoft went to the top of my "must check out list." Fast forward a couple of months, and I have tracked down his latest album, Solidarity Breaks (one of my highlights of 2011), as well as his '08 debut Ceramik City Chronicles, and his fantastic live album, 1: Man, 2: Band, released in 2010. Not one to rest on his laurels, Bernhoft has topped off 2011 with yet another live album, this time recorded alongside The Norwegian Radio Orchestra aka Kringkastingsorkestret aka KORK. Walk With Me (Live At Chateau Neuf) features tracks from both his studio albums, plus a handful of new tracks, all featuring Bernhoft's soulful voice backed by a full orchestra. Check out "Sunday" below, a track that originally appeared on Ceramik City Chronicles, and keep your eyes peeled for a US release soon.
Center