Is John Legend ‘Chasing Your Love’ Away? 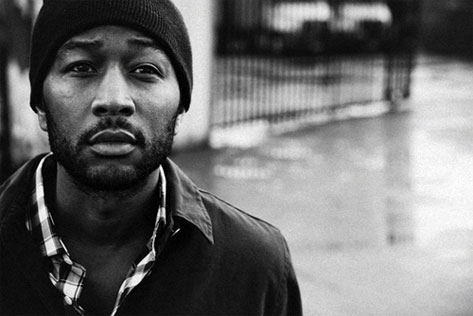 Not one to stand idly by and let Anthony Hamilton have all of the struggle voice shine and allow his new album, Back to Love, to cook, a new track by John Legend has mysteriously made its way onto the internet this week. Pretty sneaky, Johnny, pretty sneaky, indeed. The song, "Chasing Your Love," may or may not be from Legend's upcoming new album, which is slated for a 2012 release. It starts off with promise, beginning with a funky old soul sample (that I can't place) that then segues into a more contemporary pop soul sound. The musical track itself isn't bad and the lyrical content is solid, but then he starts singing and he lost me by the chorus. I generally like John Legend even with all of his vocal histrionics, but his inflections and caterwauling are a bit too much to deal with this time around. I have to be in the mood for JL, and I guess today just wasn't that day. But what say you, SoulBouncers? Does John Legend potentially have another hit on his hands or are you already trying to forget this exists?
Center