Kevin Michael Asks You To ‘Use Your Heart’ 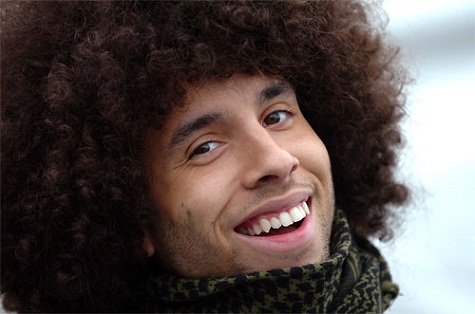 It's been a while since we've heard anything from singer Kevin Michael (or K of THEY, or whatever he wants to call himself these days). Last we heard, he was "Rolling in the Deep" with his cover of Adele's now-signature song. Now he's taking on another hit, but this time reaching further back into the R&B annals for SWV's Neptunes-produced classic "Use Your Heart." I'm usually very skeptical when artists cover my favorite songs, and for good reason (Teiarra Mari's blunder-ful "Come Back to Me" and the debacle that was Friends' cover of "My Boo" come to mind). But, skepticism aside, I have to have to hand it the heavily-afro'd one. His take on "Use Your Heart" is a faithful one. Almost to the point where I forgot it was a cover and thought I was listening to the original. Using his voice effortlessly, he sings the leads and backgrounds (and even slips into his lower register for Taj's verse). His recreation would probably make the original artists very proud (word on the street is that it even garnered a thumbs up from Coko). While I'm thrilled that this is not the trainwreck it could've been, I can't help but wonder if his name reversion means his side project THEY is finished. That would be unfortunate, as I was a fan of the sound that they were creating. If THEY is done, then hopefully he'll carry that sound into his future endeavors. At any rate, take a listen to Kevin's cover of "Use Your Heart" below and see if you, too, will be singing his praises.
Center