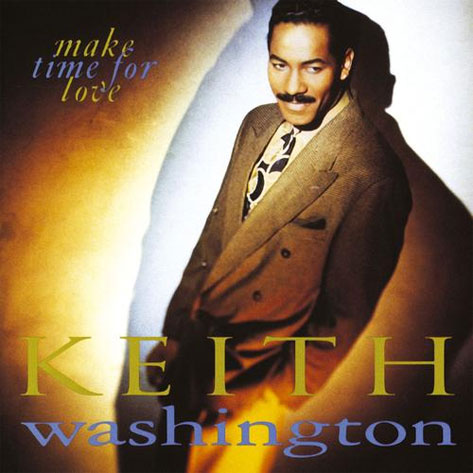 Moving to Washington, DC in 1990 introduced me to many things, and one of the most endearing besides Ben's Chili Bowl and mambo sauce has been the Quiet Storm on WHUR, the radio station that first introduced the late-night slow jam format to audiences in the mid-'70s. I've been tuned in to the Quiet Storm on WHUR for over half my life now, and in a shady industry where tastes are fickle and change for the worse is constant, it has been a consistent and very necessary force. Back in 1991, tuning my radio dial to 96.3 FM kept me awake and alert during many a late-night study session. Of the many albums released that year, one in particular was practically made for Quiet Storm playlists: Keith Washington's Make Time For Love.
Center

Keith Washington was grown and sexy before grown and sexy was grown and sexy. He had that whole early-'90s fly guy thing down -- perfectly groomed, well-suited, and just as handsome as he wanted to be. Visually he had the total package, but on top of all that the brother could sing and wasn't too shabby a songwriter either, writing or co-writing eight of the 10 tracks on Make Time For Love. This was the debut album for the Detroit born and bred crooner, and the second single put him on the map and solidified his inclusion on slow jam mixes from then until now. "Kissing You" was that song.

"Kissing You" was the ultimate love letter from a man to a woman. The song's beautiful piano intro set the stage for Keith to profess his feelings for and to his lady. He sang about romantic love as well as making it in the sweetest of ways without being crass or obvious and delivered the song with the perfect blend of soul and passion. Audiences reacted positively to "Kissing You," leading the song to spend one week atop the Billboard Hot R&B/Hip-Hop Songs chart, then later garner a GRAMMY Award nomination and a Soul Train Award win in 1992.

Accolades and awards aside, "Kissing You" might have been the album's biggest hit, but there was not one bad song to be found on Make Time For Love. It's the rare record that you could just put on and let ride, but this was definitely the case here. Quite the balladeer, Washington had a few mid-tempos on here to break it up, but his love songs were what made the album. Cuts such as "All Night," "Make Time For Love," "Lovers After All," and "Closer" surely sealed the deal.

Make Time For Love was released on Quincy Jones' Qwest Records imprint in April of 1991 and later that year his other Quiet Storm staple, the classic duet "Candlelight and You" that introduced is to Chante Moore, surfaced as the love theme from the movie House Party II. Washington would go on to drop two more albums, and he's also dibbled and dabbled in acting (his guest spot on Martin was sheer hilarity). He hasn't been heard from on record since 1998, but Keith Washington's voice is still being heard on the Detroit airwaves as a radio DJ on the Kiss After Dark show on 105.9 FM. From what I understand, his show is not a Quiet Storm format but with the enduring slow jam legacy he left us on Make Time For Love, it's all good. 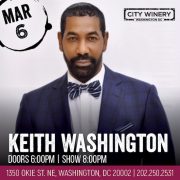 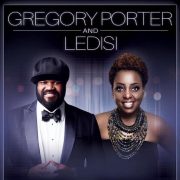