SoulBounce’s Class Of 1991: Mint Condition ‘Meant To Be Mint’ 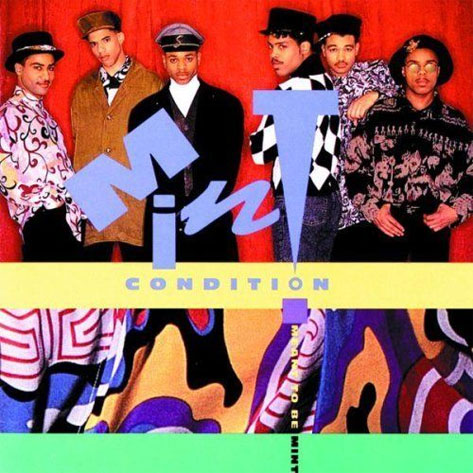 This year marked a milestone for the group Mint Condition with it being their 20th anniversary in the recording industry. In 1991, they released their debut album, Meant to be Mint, that would set in motion the public's 20-year love affair with one of the baddest bands to ever come from Minnesota. That certainly happened in my case, as this album contains one of my favorite songs of all time. To this day "Breakin' My Heart (Pretty Brown Eyes)" turns me into a total sap whenever I hear it, but it was also the song to put Mint Condition on the map.
Center

Hailing from Saint Paul, Minnesota, the six-man outfit was something of anomaly even in the early '90s. R&B bands who played instruments were increasingly falling out of favor since their heyday in the '70s and early '80s. By 1991 you could count the actual bands in existence and still recording music on a few fingers. But that didn't deter singer/drummer Stokley Williams, bassist Ricky Kinchen, guitarist Homer O'Dell, pianist Larry Waddell, keyboardist Keri Lewis, and keyboardist/saxophonist Jeffrey Allen from stepping into the arena.

Although they weren't a part of that Minneapolis Sound wave that everybody caught from Prince and his cohorts in the 1980s, the members of Mint Condition were clearly influenced its genre-blending funk, rock, and soul as well as jazz and the New Jack Swing. Discovered by Jimmy Jam and Terry Lewis, MC was one of the first acts signed to their Perspective Records label and Jam and Lewis took the executive producer reigns on Meant to be Mint.

Mint Condition co-produced the album alongside The Time's Jellybean Johnson, and they wrote or co-wrote every song. Led by the single "Are You Free," the track was a pleasant introduction to the band, but despite Stokley's killer vocals and the flirtatious lyrics, it just didn't catch on with audiences whose New Jack Swing fling wasn't turning into a serious relationship. Which was a bad thing considering that the majority of Meant to be Mint had that NJS sound to it. What saved this album, however, were the ballads.

Oh, the ballads. "Breakin' My Heart (Pretty Brown Eyes)" was the second single lifted from Meant to be Mint, and it turned out to be that album's biggest hit and one of Mint's most popular and endearing songs. As it rightly should be because this song is absolute perfection: the dramatic intro, the lyrical content, Stokley showing off his pitch-perfect range, the background harmonies, the sax solo on the bridge, the spoken interlude, Stokley letting loose on the vamp and his ad-libs. My God. "Breakin' My Heart" is at once heartbreakingly tragic and inevitably beautiful. Followed by the love song "Forever In Your Eyes," Mint Condition solidified their places in the Quiet Storm Hall of Fame.

Over the years change has of course come to Mint Condition, who've experimented with their sound but always stayed true to their artistry. Keri Lewis left the group after their fourth album, Life's Aquarium, to produce other artists (and become Mr. Toni Braxton), but the remaining five original members are still in tact and going strong. Mint released their seventh album, 7..., earlier this year; they tour extensively, routinely putting on incredible high-energy shows; and Stokley is GRAMMY nominated for his duet with Kelly Price on the song "Not My Daddy." It all started with Meant to be Mint, which laid a strong foundation that Mint Condition has continued to build on.