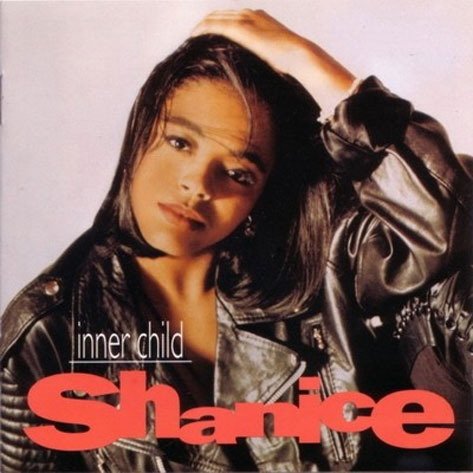 Shanice Lorraine Wilson-Knox, better known simply as Shanice, was always destined to become famous. Her star shone brightly from an early age, appearing alongside musical legend Ella Fitzgerald in a commercial for KFC, becoming one of the Kids Incorporated alongside fellow future-stars Rahsaan Patterson and Stacy "Fergie" Ferguson (of Black Eyed Peas), and being a contestant on the TV show Star Search. It was after that appearance that A&M Records signed Shanice for an album deal, resulting in the then 14-year-old's 1987 debut release, Discovery. The album produced two top 10 R&B hits, "(Baby Tell Me) Can You Dance" and "No 1/2 Steppin," but it was after Shanice and A&M parted ways, and she was picked up by Motown, that she found real success with her second album, Inner Child.
Center

The first single from the album, the classic "I Love Your Smile," catapulted Shanice into the mainstream pop/R&B consciousness. The track hit #1 on the Billboard R&B charts and #2 on the Billboard Hot 100 -- tragically held off the top spot by Right Said Fred's "I'm Too Sexy" -- and reached the #2 position on the UK charts. The track also gave Shanice a top 10 hit in France, Germany, Switzerland, Sweden, Norway, Australia, and Austria, making it a certified worldwide hit. Produced by GRAMMY-winning producer Narada Michael Walden, the song's iconic "Doo doo doo doo doo doo doo" bridge and instantly-identifiable saxophone solo by Branford Marsalis made "I Love Your Smile" a sing-along favorite and one of the most recognizable and memorable R&B hits of the '90s. The song also gave us a glimpse of Shanice's rapping skills -- at least on the album version of the song -- which would feature throughout Inner Child and became a bit of a bone of contention amongst critics and fans alike.

While "I Love Your Smile" trod the safe, mid-tempo middle ground and acted as a reintroduction to her sound for some, a listen to the album revealed a fully-formed, well-rounded artist who was comfortable performing a range of R&B styles. Uptempo cuts such as "Forever In Your Love," "Stop Cheatin' On Me," and "You Didn't Think I'd Come Back To This Yard" showcased Shanice's influences, encompassing the sass and attitude of Control/Rhythm Nation-era Janet Jackson, the New Jack Swing-stylings of Teddy Riley and Jam & Lewis, and even a hint of Salt-n-Pepa. On these tracks Walden reigned in Shanice's five-octave vocal range, preferring to restrict the listener to the odd glimpse here and there and concentrating on strong, dance floor-friendly production. Still Shanice sounded great, especially on the smooth groove of "I Hate To Be Lonely," a song that showed that Janet had someone to be worried about, however briefly.

As far as singles were concerned it seems that Motown chose what, at that time, they deemed the safest route possible, pulling out two radio-friendly ballads and a cover to win over the record buying public. However, with the "big-voiced diva" field already heavily crowded and with Mariah Carey and Whitney Houston's stars rising quickly, Shanice had an uphill struggle on her hands. The subject matter and production of "I'm Cryin" was pretty standard early-'90s R&B fare, but a standout vocal from Shanice carried the track to #11 on the R&B charts with the third single, the Johnny Gill-assisted "Silent Prayer" faring better, reaching #4. The pairing of Gill and Shanice was a great match given that Shanice could have out-sung most male R&B stars at the time, but unfortunately Gill's role was more of a supporting one than a true duet. Still the song is certainly the standout of the slower tracks and fulfilled its purpose chart-wise.

The final single to be released, and possibly the album's only true mis-step, was a cover of Minnie Riperton's signature song, "Loving You." The original, a syrupy-sweet ode to Minnie's newborn daughter Maya, worked precisely because it was a dedication to a child. Shanice's version, dedicated to a significant other, loses some of the innocence associated with the original and, whilst she hits all the right notes in all the right places, this was Minnie Riperton's signature song for a reason. It seems the public felt the same, as "Loving You" only managed to reach #59 on the R&B charts.

Although the final single failed to set the charts alight, Inner Child was still an R&B hit peaking at #13 on the Billboard R&B chart and produced the monster hit "I Love Your Smile," which to this day still gets rotation on non-mainstream R&B radio (at least here in the UK). Listening to it now, 20 years on, the album is very of-its-time but still has gems worth discovering for those who either missed it first time around, or were too young at the time of it's release. Shanice went on to release a further four albums, with a fifth apparently in the works, but it was Inner Child that cemented her place in the hearts and minds of R&B lovers the world over.