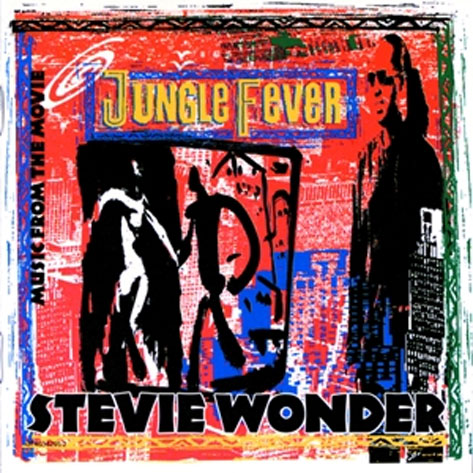 Every child believes their dad is a superhero. He's the strongest, fastest, biggest man in the whole wide world...until you beat him at something or find out you're stronger than he is. No one wants to see their superhero age. Stevie Wonder was a God among insects to me for the 15 years or so that I understood music through Characters (his last perfect album) in 1987. By my second year in North Carolina Central University in Durham, I was a die hard Spike Lee fan and lifetime Wonder disciple. So the notion of them collaborating for Spike's fourth feature length film excited me as only Prince doing the Batman soundtrack had two years prior. There was something a bit more pride-filled about this considering these were two Black somewhat revolutionaries getting together to talk about black-white issues.
Center

The film: Of course a film discussing black and white dating in '91 was still controversial. The masses still double take when they see a couple, or straight up despise it. The critics panned it because of its disjointed focus. It spent much more time focused on the effects of crack cocaine on black community. While it was more important, it wasn't the name or theme of the film.

Back to Wonderman, the genius providing our score. The technological advances that helped or hurt music over the previous 20 years, found Stevie was at the center of many as designers needed his advice and assistance in their innovations. By '91 the overproduction in uptempos was rampant in R&B and while masters like Teddy Riley were few and far between, everyone else seemed to be trying and failing miserably (evidenced in how hard it is to listen to the outdated music now). Stevie was once a programming master himself (check "Skeletons"). At 40 years old and with 28 years in the game, did he still have it? "Fun Day" played it safe. The happy-go-lucky tune playing up on his arrangements, harmonica, and piano solos succeeds in brilliantly launching the project. "Queen in the Black," was the first gray hair to show on daddy's beautiful black corn-rowed mane. It was the first time I ever saw Superman bleed. Overly percussive and way too fast, the lyrics and awesome vocal arrangement were lost on the too-damn-fast song.

But before we could worry too much, the pen of the most prolific poet of our time resurfaces on "These Three Words." It was the simplistic-clever gift only Stevie Wonder wrote with. Like "You Will Know" (also on Characters) it was a sentiment that was spiritually colorless, adding something to the soundtrack and film that said we share the same love for our loved ones. The remaining uptempos succeeded much better than "Queen," with "Gotta Have You" and "If She Breaks Your Heart" (recently covered by The Foreign Exchange). While the near-novelty title cut serves its purpose, "Gotta Have You" was another throw in the lyrically clever realm you can't find elsewhere in music in '91, let alone in R&B.

The ballads still seem to win out with the latter half of the album with the jazz-laden "Make Sure You're Sure," a moment on the album (and in the film) where everything seemed to freeze for our full attention to be on Stevie's voice and words. "I Go Sailing" evokes the dreaminess of "Whereabouts" and "Overjoyed" (from In Square Circle) and though it seems to have nothing to do with the film, delivers the last effective shot for the album. "Lighting Up the Candles" as a closer only made me wonder what happened to "Feeding Off the Love of the Land," which closed the film.

The verdict: Ultimately, there is no superhero like Wonderman and the soundtrack once again delivered classic songs that stand the test of time outside the film they helped make more enjoyable. Scores from Bill Lee and Terence Blanchard in Spike's other films are complimented with Stevie's offering better than those other artists provided music for. Stevie's last two albums, released four and fourteen years later, still don't hold the significance in his immense catalog that Jungle Fever does.


TAGS:  bill lee, Class of 1991, Jungle Fever", prince, spike lee, stevie wonder, teddy riley", terence blanchard, the foreign exchange
Previous: Sterling Simms & Marsha Ambrosius Give Us ‘Nothing For Christmas’ Next: Morning Soul: What In The World Would I Ever Do Without Us?