SoulBounce’s Class Of 1991: Will Downing ‘A Dream Fulfilled’ 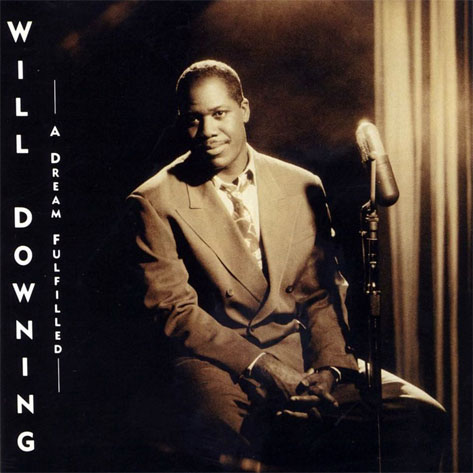 Class. Authenticity. Energy. Intelligence...Okay, okay, so it sounds like I'm one of those smiley lovelorn babblers trying to explain their perfect mate in a Match.com commercial, but it's really the criteria that I seek in a male singer, that is. Somehow, without really wanting to admit it, I find myself terribly picky about my male vocalists. Any guy can croon, any guy can call himself a singer, but a real M-A-N (note the capitals) knows how to romance the notes, wine and dine his phrasing, and has a keen sense to make those lyrics sound like literary prose. Whether he's got a falsetto or sounds like he gargles with gravel, he's got to have a certain je ne sais quoi -- in the general flowery sense. Will Downing fits into what I'm trying to convey here. He's my kind of M-A-N singer. There's testosterone smeared all over, he's vibrant, he's not mimicking his idols, and he's got a voice -- and really knows how to use it.

Back in the '90s there were men like this. Not to sell the 21st Century short, as there are some crooners today who get me to grab for a church fan, but back in the '90s it was in fashion as I got a whiff at a young age of the difference between what a boy is and what a M-A-N singer is. Even when five guys in multi-colored football jerseys and synchronized dance moves were teen dreams for me, it was always the M-A-N singers that had lasting effects.

Downing wasn't alone in his He-Man-ness as his contemporaries like Luther Vandross, Gerald Levert, Freddie Jackson, and Johnny Gill found much success wooing audiences and chart positions. Yet, Downing is more the singer's singer. He wasn't as flashy or as lauded as Luther nor was as hip as Gill or Levert, and he certainly wasn't as chart dominate as Freddie, but Downing just stuck to his guns, giving a traditional air. He usually bordered on success yet didn't have the big hits to put him in that echelon of stardom. Still this discrepancy doesn't detach Downing from any ear, in fact, he's like the lesson you were told as a youth but didn't quite grasp or appreciate until you were older and could finally find wisdom in it.

When you hear Downing you're not just listening to the lyrics -- you're listening to his tone and attention to it, and when you hear it you feel like he's teaching a master class on the art of subtly. His instrument is put to its best example on A Dream Fulfilled, his third release. For Dream, Downing bent his style a bit and slightly drifted away from the R&B-smooth-operator side and mixed in jazz sensibilities that emphasized his range and made him the male equivalent to Anita Baker. He had found success back in the late '80s by covering a revised version of John Coltrane's "A Love Supreme," which garnered him a #4 Hot 100 hit in '88. In 1989 he scored a minor hit with Mica Paris on their retelling of Roberta Flack and Donny Hathaway's "Where Is The Love." For A Dream Fulfilled, and with Barry Eastmond as producer, Downing dips back into debonair territory as he puts on quite a show in just 10 tracks.

The flourishing flurry of "She" is quite the opener and a pure highlight as it expertly has you step into the classy affair. "I'll Wait" and "Giving My All To You" welcome you further. Though a songwriter in his own right, Downing is mostly known for placing a cover or two on his sets. A Dream Fulfilled is no different. The swirling "Something Going On," which was originally done by British sophisti-soul band 52nd Street and penned by percussionist Lenny White, is vibrantly executed. As much as I've heard 52nd Street's version, hearing Downing just letting his vocals bounce up and down in a state of play is quite a treat. Paul Davis' "I Go Crazy" is also spirited and charming. The most intriguing tackle of a cover is WAR's "The World Is A Ghetto." The track was never meant to be a comely lush affair as it was a forceful slice of social commentary for 1972, but Downing spins it around on a debonair head, transforming the tone completely and it's ambitious. Bassist Jonathan Butler spices things up further with some fat bass licks and scatting to affix some grit to the formula.

Now I can be protective when it comes to Angela Bofill's "I Try" as it is possibly my favorite number from her. Yet my doubt immediately dissolved when I heard Will keep to the spirit of La Bofill, but made the performance wholly his own. Others must have been enchanted by Downing's performance as it proved to be the biggest hit on this album, rightfully hitting #13 on the R&B charts.

In recent years, Downing was sidelined with polymyostis -- a disorder causing weakness of the muscles -- that had him confined to a wheelchair. Yet he never stopped the music as he recorded albums and continued to support and organize various charitable groups as well as being a spokesperson for the American Stroke Association all while recovering. Now back on his feet he has recently taken up the touring circuit again and released Lust, Love & Lies (An Audio Novel) last year and the covers EP Yesterday, Today and Tomorrow, the first in a trilogy of releases, in November. Twenty years on Downing continues to make music listeners like myself believer's in the M-A-N singer as he has steadily released albums for over two decades, while continuing to stay true to his character. He really is all heart and soul.

Will Downing A Dream Fulfilled [Amazon][iTunes][Spotify] 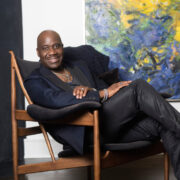