Take A ‘Dunk’ Into The Brand New Heavies’ ‘Trunk’ 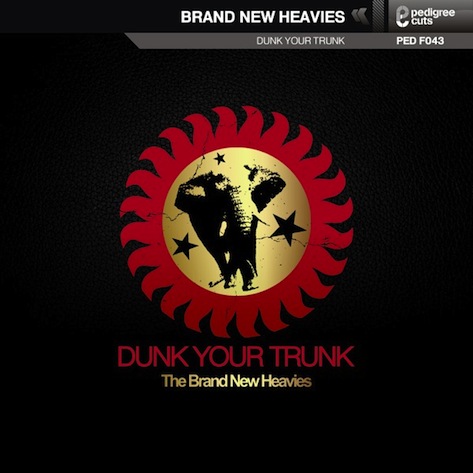 It's certainly been a while since we had any newness from British funksters The Brand New Heavies. As we pointed out in our trip down memory lane while reminiscing about their self-titled debut, we have fingers crossed that 2012 will produce a studio album (or two), plus an album or EP from N'Dea Davenport's new side-project, Celectrixx. To tide us over until the new year, BNH, in conjunction with Pedigree Cuts, have released a new collection of tracks entitled Dunk Your Trunk. Sadly there is no sign of N'Dea -- or any other vocalist for that matter -- but that dosn't mean that these instrumentals aren't worth copping. On the contrary, the tracks, recorded across a four-day session especially for TV/film features, contain BNH's signature mix of acid jazz, soul, funk, and even a little disco. What's more, all 13 tracks are available for free download right now from Pedigree Cuts' SoundCloud page. Take a listen to the entire album after the bounce and download it while you can, because there is a chance that this will moved to an iTunes-only album very soon.
Center