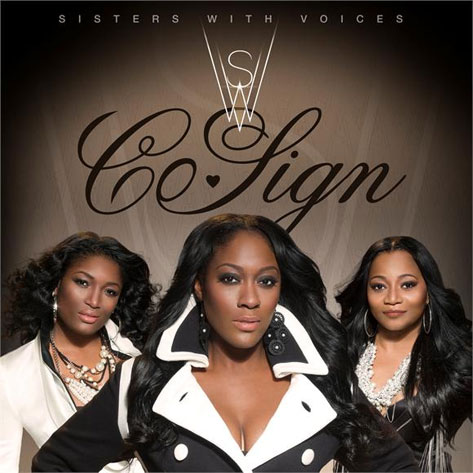 As we end 2011 reflecting on albums that turned 20 years old this year in our Class of '91 series, we can't help but look forward to 2012 and the next batch of albums to hit that milestone. One such that will be 20 years young next year is SWV's stellar debut album, It's About Time. With the lack of any girl groups of note nowadays, it's about time for SWV to step back on the scene and reclaim their crowns. If their new single, "Co-Sign," is any indication, then they should have no problem in reigning supreme. Cheryl "Coko" Clemons, Tamara "Taj" Johnson-George, and Leanne "Lelee" Lyons are back in top vocal form harmonizing beautifully on the Lamb-produced track with a heavy head-noddable '90's vibe. This is the first music that we've gotten since 1997 from the talented Sisters With Voices and is the first taste of their upcoming fifth album dropping in the new year. I don't want to pin all my hopes and dreams on one single, but maybe this will lead to other girl groups from the '90s to enjoy a recording renaissance (paging En Vogue) or at the very least encourage some new girl groups to get in the game.
Center