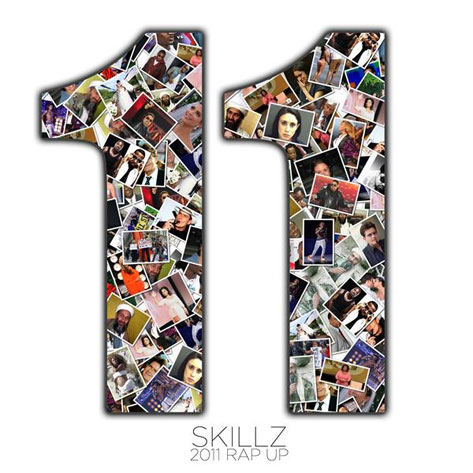 Like clockwork, Skillz dropped his "2011 Rap Up" over the weekend to ring in the new year by airing out the old. Heavier on pop culture than hip-hop culture this year, the "2011 Rap Up" is just aight this go round. Yeah, he hit on everything and everyone from the Japan earthquake to Justin Bieber to the Casey Anthony trial to Lil Wayne's heteroquestionable leggings, but it lacked any memorable punchlines, left some key moments and topics out, and Skillz just sounded totally over it. But considering the overall wack year that was 2011, I can't say that I really blame him.
Center