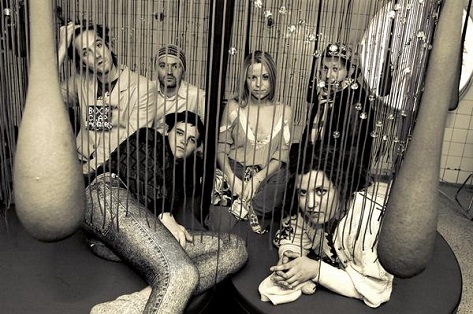 It seems that members of Danish wonder-collective Boom Clap Bachelors were everywhere last year. Robin Hannibal, Coco O., and Vindahl all struck out on their own to great success. But perhaps the biggest splash BCB made was their collective EP, Mellem Dine Læber, and the first single "Løb Stop Stå." In fact, "Løb Stop Stå" was so good that I couldn't stop playing it, and it quickly became one of my musical obsessions (though I had no earthly idea what the song is actually saying). As with all earworms, I had to back away from the track slowly for fear of burning myself out, but producer Cris Prolific (awesome name, by the way) has renewed my interest. The Brussels native, with some help from Vancover MC Moka Only re-crafted the tune with a surprisingly West Coast flavor that doesn't seem like it should work but it does. I still have no idea what Coco O. is saying on the track but, if I may quote Ripple here, "I don't know what it is, but it sure is funky."