Don’t Be ‘Blue,’ We Have More From The Robert Glasper Experiment For You With Erykah Badu 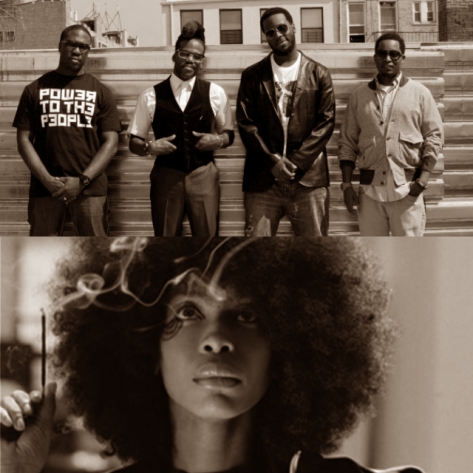 Barely 24 hours have passed since we brought you the delightful collaboration between The Robert Glasper Experiment and the talented ladies of KING, and now we have yet another track from the hotly anticipated Black Radio. This time Glasper & Co. have teamed up with Erykah Badu to cover the jazz standard "Afro Blue," originally composed by Mongo Santamaria and made famous by John Coltrane. Erykah is in top form here and it's nice to hear her lending her vocals to some jazzier tracks, something we haven't heard much of since her classic Mama's Gun album. Of course Glasper and The Experiment create a wonderful soundscape for Erykah's voice to float over, remaining faithful to the original while adding a few extra flourishes here and there, and incorporating flutes into the arrangement as Glasper knows that Erykah is a fan. February 28th can not come around soon enough. [H/T: BLS]