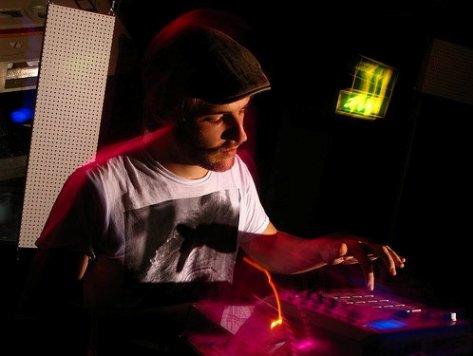 After attempting -- and often failing -- at coming up with genre descriptions in 2011, I'm of the opinion that some music blurs the boundaries so comprehensively that to try and stick a label on it is futile. Yes 2011 saw the rise of so-called post-dubstep/nu-R&B/chillwave, etc., etc., and the purveyors of these sounds (SBTRKT, Jamie Woon, 14th, The Weeknd) gained popularity not only across the blogosphere, but in the mainstream, too. However, their sounds are so caught up in what has come before that any new genre descriptions are ultimately meaningless. The first genre-blurrer to step out in 2012 may well be the relatively unknown UK producer Ghost Mutt (aka Matt Mcloughlin). The press release accompanying his upcoming four-track EP, Sweat Mode, describes his music as "twisting RnB vocals around his own signature rhythmic take on bass music...Ghost Mutt melds elements of soul, boogie, and house," which is as good a description as I can come up with right now for the way that he has chopped, sliced, and diced old Keith Sweat vocals for this project. "Sweat Mode" certainly has that '80s boogie sound, albeit updated with 2-step and '90s R&B/garage influences, and my favorite track, "Figure It Out," has a slightly dark, Timberland-esque feel to it. Check out both tracks below and keep an eye on the Donkey Pitch label's Bandcamp page, where the EP drops on January 12th.
Center