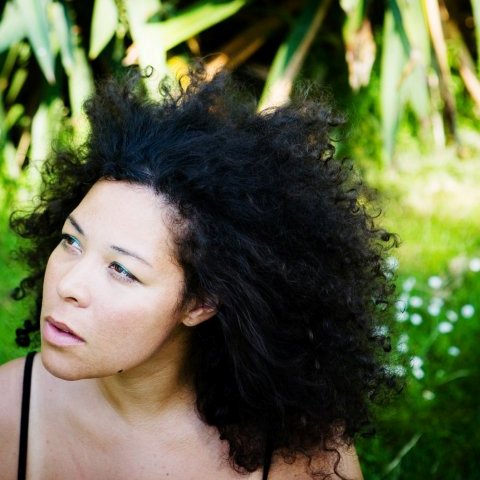 Kinny (aka Caitlin Simpson) is a Canadian-born singer with a mix of Jamaican, Native Canadian Indian, French, and Swedish heritage. Although a trained opera singer, it was her deep-rooted love of soul, jazz, and reggae, and the relative freedom which comes with those genres, that eventually won out and saw her team up with Norwegian producer Espen Horne as part of the duo Kinny & Horne. They released their self-titled debut back in 2005 to critical acclaim, however the pair disbanded and Kinny began performing live dates around Europe. During that time she met and worked with a variety of producers including Quantic (and his Quantic Soul Orchestra), TM Juke, and Souldrop, crafting original songs aswell as re-recording some of the songs from her Kinny & Horne days. The products of these collaborations ultimately became her first solo album, Idle Forest of Chit Chat, which was released via Tru Thoughts in 2009. Now set to release her follow up effort, Can't Kill A Dame With Soul, Kinny is once again teaming up with Souldrop, who this time will produce the entire LP. She has also provided vocals for the lead single off of the upcoming De La Soul album, First Serve. Take a listen to "Big Fat Liar," the first single off Can't Kill A Dame With Soul below, then hit the bounce to check out the video of her Quantic Soul Orchestra collaboration "Enough Said", taken from Idle Forest of Chit Chat.