‘Look Around The Corner’ And Find Quantic & Alice Russell 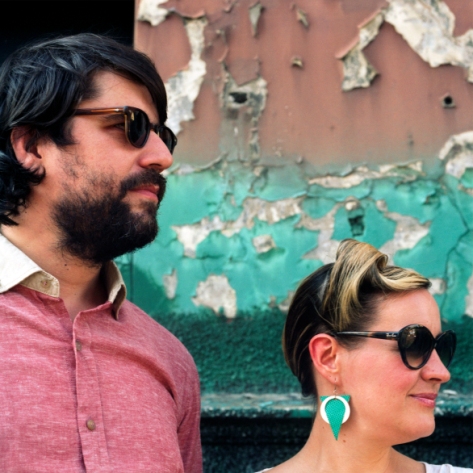 It's been a while since we had any new material from soul-dynamo Alice Russell, however that is set to change in 2012 when she will release her long-awaited collaboration with Will "Quantic" Holland and his Latin/Cumbia side project, the Combo Bárbaro. The two have worked together extensively in the past, with Alice contributing vocals to The Quantic Soul Orchestra, and Will having a hand in production on Alice's solo albums, but Look Around the Corner marks the first time they have crafted a complete album together. Previous outings have seen them dabble in soul, funk, and Latin-infused beats, but, if the albums title track is anything to go by, this album will be all that and a whole heap more. Combining influences spanning '70's soul music out of Miami and New York, Chicago's Chess label, and a love of Minnie Riperton, "Look Around The Corner" certainly possesses a "vintage" sound that is a welcome change from the stark, minimal R&B resurgence that has become popular of late. The album will be released via Tru Thoughts on April 2nd with the single, which you can preview right here, preceding it on February 20th.
Center