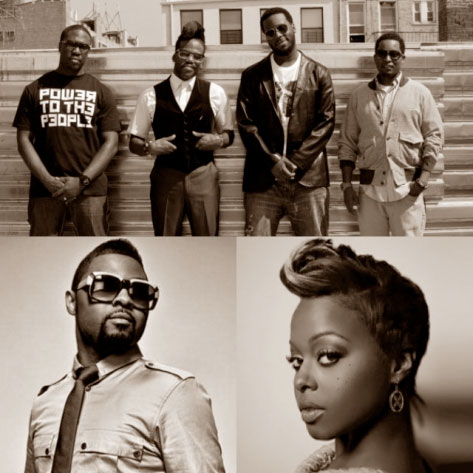 So this is the third track from Robert Glasper Experiment's Black Radio to hit the interwebs in as many days (after this and this). These official and unofficial "leaks" are definitely building a serious buzz around the project, which is turning out to be the album on the top of everyone's February 28th shopping lists. "Ah Yeah" is the official first single from the album and sees Glasper teaming up with SoulBounce favorites Musiq Soulchild and Chrisette Michele on a thought-provoking romantic ballad. Both Musiq and Chrisette's most recent projects were a little sketchy -- at least in my opinion -- but "Ah Yeah" showcases what they can do when they have quality music and production behind them. The track originally started off as a Musiq solo, but when Glasper ran into Chrisette after her plane had been delayed he got her in the studio and this duet was born. Give it a spin, and then go pick it up from Amazon to tide you over until Black Radio is unleashed.
Center