‘Be Kool’ With All Cows Eat Grass 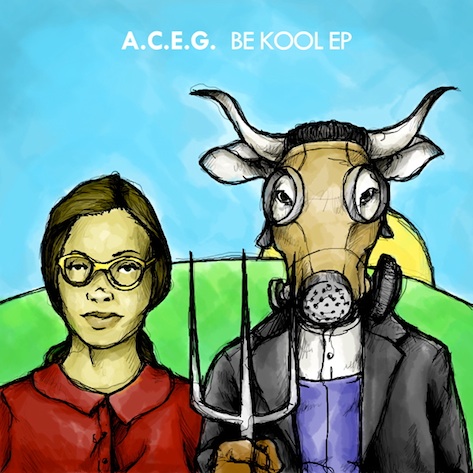 At the beginning of the month, we gave you the scoop on a Bounce-Worthy new group who goes by the unconventional name of All Cows Eat Grass. Exactly who they are was on the hush, but more details are emerging about the ACEG collective as they peek from behind the curtain. As a matter of fact, the core group members -- Terrence Brown and Jeff Cohran -- are on full blast in their music video for the track "We All Win" from their debut, The M.I.L.K. EP, which you can view below. But not before getting the goods on their brand new release, the Be Kool EP.

Fresh on Amazon and iTunes as of this week, Be Kool is the second installment in ACEG's three-part EP series, with each being released a few months apart. Much like M.I.L.K., the songs on Be Kool are a cocktail of various genres shaken and stirred for our consumption. If you listen to both EPs in succession, they are the perfect sonic companions to each other with songs to kick up your feet or kick it to.

Listen to "Be Kool," the lead and title track from this new EP, and I dare you to not "get yo' butt up" as one of the song's lyrics commands. And I double dog dare you to not add ACEG to your collection ASAP.