Get ‘Stupid’ With Bez’s New Video 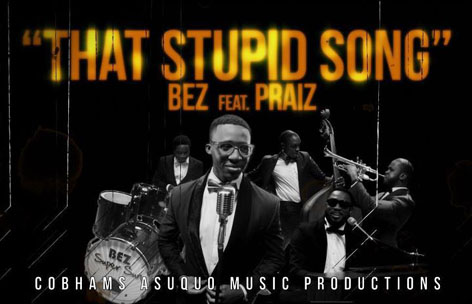 On listening to Bounce-Worthy artist Bez's 2011 debut album, Super Sun, we were instantly taken with brilliantly Legend-esque uptempos like "Say" and the title track, and the mournful standouts "More You" and the Sade-evocative "Stronger." But a near-universal favorite in any discussion of the album always seemed to be "That Stupid Song."

Grounded by a limber piano chord and turntable scratches at all the right moments, this cut from Cobhams Asuquo, the blind beatsmith ranking among Africa's top music producers, manages to be retro and utterly contemporary at once. So when BET announced it would air the world premiere of the song's video (an honor the network has never before given to an African act), I planned on tuning in to 106 & Park for probably the first time in a century. True to the song, the new vid, with its stylized B&W graininess and neon orange accents, is a refreshingly contemporary take on what's become a tired trend of retro-fetishization in mainstream music.

The Clarence Peters-directed video also unveils featured artist Praiz, who gets a generous amount of song/screen time, and manages to out-Legend Bez with his guttural ad-libs. Ultimately, this video elevates to single status a song that's essentially a jam session spent reminiscing over childhood nursery rhymes -- both Nigerian and Commonwealth.
This sly mélange of the exotic and familiar is a wise gambit, now more than ever. Team Bez clearly has an eye on world domination, having started out 2012 with planned appearances at SXSW and the MIDEM fair in Cannes. And now with two videos in rotation on BET and Centric (lead single "More You" being the other), and rumors of the band preparing to record a follow-up to Super Sun, chances are we'll be seeing much more of him in the next 12 months.
We'll try not to say we told you so.