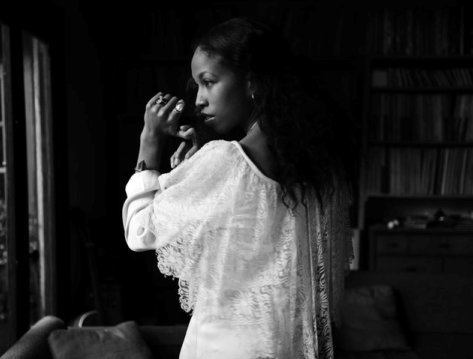 I am well aware of Mark de Clive-Lowe's talents as an instrumentalist, producer, and remixer thanks to his numerous releases, however I have yet to see him perform live, either as a DJ or solo. So Imagine my excitement when I found out that MdCL and vocalist Nia Andrews had recorded a live session for KCRW's Morning Becomes Eclectic show. As well as performing material from MdCL's most recent album, Renegades, the talented pair performed a cover of Aaliyah's "More Than a Woman." Now, compared to the rest of Aaliyah's catalog, "More Than A Woman" was never a personal favorite of mine, but this jazz-influenced spin on the R&B hit is a real aural treat. Give it a spin below, then head on over to KCRW's website (or Tru Thoughts' SoundCloud) and check out the entire session. And congratulations are also in order for Mark and Nia who got engaged over the holidays. It's no wonder they make such beautiful music together.
Center


TAGS:  aaliyah, audio, KCRW, mark de clive-lowe, mdcl, Morning Becomes Eclectic, Nia Andrews
Previous: Nneka To Get ‘Heavy’ On The Road Next: Get Into The GRAMMY Groove With Pandora