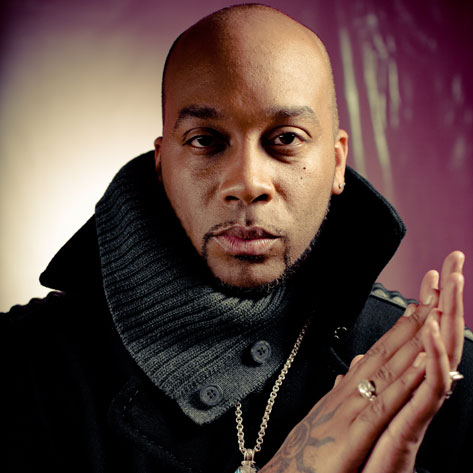 In his recent interview with D-Money, Rahsaan Patterson shared that he had recorded a song for the organization RAINN, the Rape, Abuse & Incest National Network. Today we get to hear the song, entitled "Don't Touch Me," as well as find out more details about Patterson's association with RAINN as their newest celebrity ambassador, including the heartbreaking revelation that he himself was sexually abused as a child. According to a statement from Rahsaan via press release, "I was sexually assaulted when I was 6-years-old and wasn't able to share it with my family until I was 18-years-old. Looking back on it, I wish there was an organization like RAINN that I could have turned to for help with dealing with what happened to me." Wow. What do you even say to that except for bravo to Rahsaan for being a survivor and for sharing his story with many who've experienced the same or are suffering in silence now. Knowing the backstory, "Don't Touch Me" is a tough song to listen to between the lyrical content and the children's voices on the track, but it's very necessary to support this to end the shame of the abused.


TAGS:  audio, rahsaan patterson, RAINN
Previous: Curt Chambers Shows Us That His ‘Grass Is Greener’ Next: What The Game’s Been Missing: Church Voice