What The Game’s Been Missing: Cornrow Soul 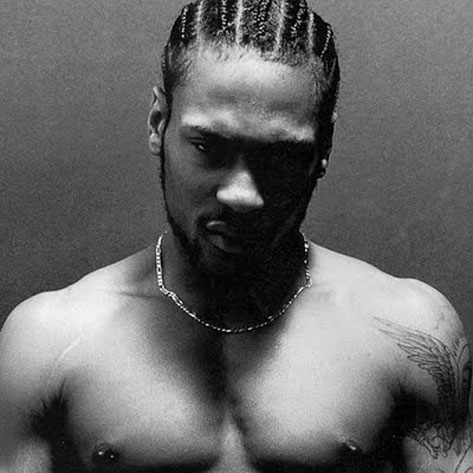 Stevie Wonder. Charlie "Last Name" Wilson. J. Holiday. These men all have something in common besides the ability to make good baby-making music. They have all participated in and drawn strength from a tradition that has been much maligned but integral to black music.

Now, I know some of you are thinking, "What in the world is 'cornrow soul'?! Is that something that is even worth listening to?" And I posit that yes, cornrow soul represents a very real and beautiful era in R&B music where the "thug" aesthetic married the earnestness of soulful crooning, a time when the braided hair of our menfolk singers flowed longer and more lavish than any of Beyoncé's wigs. And it was all real.

Male soul singers who have donned cornrows made a substantial impact on R&B music in the '90s and early 2000s. When I think of this genre of music, I think of D'Angelo, its patron saint, who balanced the sensuality of his lyrics with cornrows that showed the world he was still down with the hood. Lyfe Jennings' pure existence on the music scene was proof positive that sensitive thugs were real and he looked (and acted) every bit the part. Even Trey "R.Kelly Lite" Songz had an edge when he had his fuzzy straightbacks. Raheem DeVaughn used to rock em and so did Ginuwine for a hot minute with his baby hairs perfectly slicked down. There is undoubtedly something endearing about a man (and musician) who has the patience to grow his hair out and sit between some woman's legs to get his hair did.

Which is why it is always a sad affair when the cornrows get cut off. I don't know if there is anymore obvious way for an artist to say "I'm going pop." And there's nothing bad about that, but it just saddens me in my heart to see the most tangible expression of their connection with their old life gone. Now we have artists like Jaheim, cornrow-less, on Twitter going HAM because people are confused by his wearing of a suit made of Purple Rain to Whitney Houston's funeral. He's forgotten that the audience has always seen him as a cornrow and Timberland type of guy. Or you have my husband in my mind Lloyd scarring himself with tragic tattoos in an effort to crossover. No! We loved you more when you let your silky braids flow, man!

Cornrow soul was the music that women who wear Jordans and got fresh fill-ins and designs every week listened to. It was the type of music that the corner store hustler didn't find too saccharine to put on and nod his head to when his lady (or crew) was around. Maybe these characters aren't the type of people you actively try to hang with, but you can't deny that some of the music from be-cornrowed singers brings out something fun in you. And this might be a futile fight against the change, but these R&B cats today are trying too hard to be commercial. Bring back cornrow soul. I don't see nothing wrong with a little thuggish ruggish R&B.