What The Game’s Been Missing: Soul Karaoke 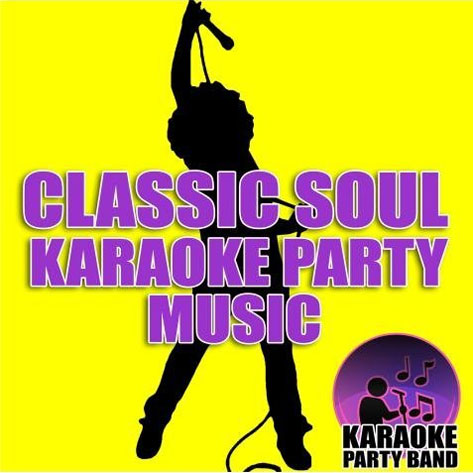 This past weekend I had the opportunity to attend a party that had all the elements of perfection: a mature crowd that was willing to dance, good (live) music, good (spun) music, some alcohol, and great friends. Of course I'm talking about the Axel F one-year anniversary that went down in Washington, DC featuring the musical stylings of such luminaries as Zo!, Debórah Bond, and some guy rocking the curliest of wigs in the Sexual Chocolate Band & Show. At every turn there were afros, gold chains, side ponytails, and Rhythm Nation-era jackets. Many a weave was sweated out at that event, because negroes will full-time jobs and insurance were wall-to-wall getting their groove on and dancing their cares away to music made while Ronald Reagan was still in office. Every song was a treasure: the old heads knew all the words to the originals, and the new jacks new all the words to the remixes. Twas a beautiful sight indeed.
Center

And it became clear, by looking at how powerfully the crowd responded to the microphone when a bewigged Phonte turned it towards the audience, that people are craving a place to sing along to the oldies but goodies without fear of being shut down for not being current. People are crying out for...soul karaoke!

Karaoke, like bowling, is one of those activities that are infinitely more fun, particularly when the participants are under the influence of alcohol or nostalgia. Think about it: when was the last time you went to a soulful karaoke party? Not the kind with just Motown hits or Keri Hilson songs, either. The kind with good soul, R&B, and hip-hop jams from the '80s and '90s that are actually worth singing out loud, like Ready for the World's "Oh Sheila" or Alexander O'Neal and Cherrelle's "Saturday Love." Just the chance to use the line "dippin' on ya Ninja Honda with Tanisha and Rhonda, HUH!" like Lil' Kim in Mary J. Blige's "I Can Love You" is enough to get a party started.

Willingness to perform karaoke is a signal of true maturity and strength. Black people love to stunt on others, but risking looking like Boo Boo the Fool while singing the Force MDs "Tender Love"? Pure fearlessness. Imagine a world where people, talented or not, could FINALLY discern the words to the theme song of Good Times. A world where, instead of going to the club to style and profile, you take the microphone and show how unafraid you are of looking crazy and singing for your life. That's a world where people takes risks and live on the edge. I want to live in that world. A world with soul karaoke.