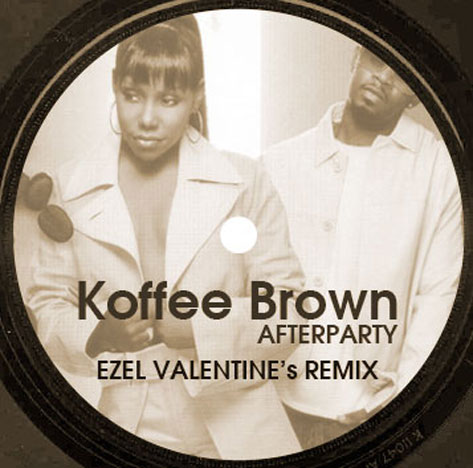 Firmly ensconced in the annals of one-hit wonderdom is the duo Koffee Brown. Their name may be unfamiliar to many now, but back at the turn of the century their song "After Party" was the sho' nuff jam that put them on the map. Then they fell off the face of the earth. Sure, they released a couple more singles and videos, but nothing had the impact of "After Party," which a DJ can still throw on during an old school set and get booty's bumpin'. Thankfully remixer extraordinaire Ezel dug in the back of his crates, dusted off this gem, and gave it a fresh makeover. His soulful house rub of "After Party" is named the "Ezel Valentine's Remix" because he released it on the lover's holiday, but you can get your groove on to this one at any time, especially with the free download that he's made available on SoundCloud.