Get A Little ‘Closer’ To Diana King

Sleeping, hibernating, and literally dozing folks have been concerning Diana King. Diana, who? you ask. Let's dust the cobwebs off the old brain cells and recall 1995 (and if you weren't around then, just use your imagination, mkay?). Also recall the thumping reggae beats blending seamlessly in with the R&B funk of "Shy Guy." So now Miss King rings a bell, and now I got'cha nodding your head to the groove, right? While "Shy Guy" is fabulous and all, King didn't stop there. In the last couple of decades the woman who is a strong brew of genres seasoned with reggae, has been steadily releasing albums and touring. She was sidelined with multiple sclerosis a few years back, which kept her off stage but didn't stop her singing game. Just last year she released on her own indie label her fifth album, AGirlnameKing, and as quiet as it was kept, silence is now broken with the release of the single, "Closer," and lo and behold there is now a visual to match. Stark and simplistic, with color changes as the song climaxes, King gives good face as she belts her way through a sultry snatch-n-grab groove that is quite delish. But really, the focus is all on that pristine voice, oh my yes. So I advise you to put away the duvets and pillows and get the wake up call to what Miss King has been doing, and you can see (and hear) for yourself over at the singer's official webspot where you can also purchase AGirlnameKing, plus stock up on other great Diana goodies. 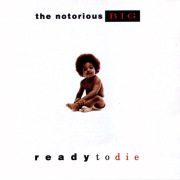 Morning Soul: Relax Don’t Do It