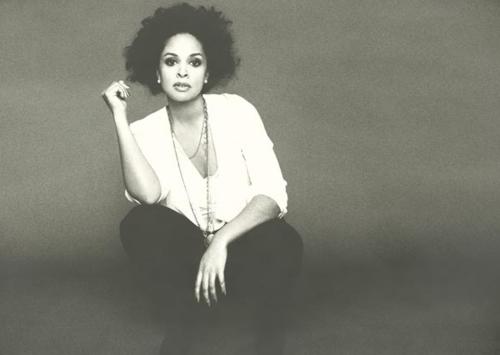 I was probably in the minority who even remotely knew that Joy Denalane dropped her German-language third set, Maureen, last year. Then again, I'm a nerd for the exported sounds, so there ya go. Still, it's been a huge gap (try six years) since Denalane charmed with 2006's Born & Raised, and my how she's been missed. Luckily, Maureen (which is titled after her middle-namesake) filled the gap and is about to fill it again for a second time out. While the German version got lost in translation, I'm pleased as Crystal Light fruit punch to learn that she's releasing the English version of Maureen for a worldwide release with a fast approaching April 3rd drop date. To prep us for the event, Miss Denalane is joined by Bilal on the take-off single, "Should Have Never" and boy do they serve it steamin' on a platter. Originally titled, "Nie wider, nie mehr" and paired with J-Luv for the German version, Bilal and Joy let their voices twist around an out-of-time thick bluesy n' strings backdrop that gets some added spice from Jake One's remixing abilities. Lest we forget that Joy and Bilal have been in vocal vicinity of each other when they joined Tweet and Dwele for the Dresden Soul Symphony concert show back in '08, but hearing them together on this piece, I gotta say this collaboration sweetens the deal on excitement for the revamped Maureen's arrival. [H/T: OKP]