What The Game’s Been Missing: A Blues For Trayvon 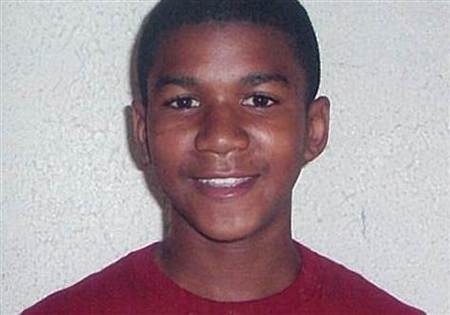 Yesterday I had no idea what to write for this column. I couldn't front and write in my normal glib
manner about the music industry because one news story -- one -- gripped my heart and mind for the
past two weeks.

Just typing his name gives me the chills. In the weeks following the death of the Florida teen, it has
been hard to turn away from the story, not because it has been all over the news (coverage of his
passing only hit larger news outlets in the past week), but because his story hits so close to home.
Many of us have brothers, uncles, cousins, fathers, and friends who could have been Trayvon -- killed
for what I believe to be the reasons of black, male, and "suspicious." His story picked up steam due
to the insistence of people on social networks that his death not be in vain. Facebook, Twitter, and
Change.org have been ablaze with people offering their support, and reports from the
Huffington Post ensured that his story was not forgotten. Steadily, Trayvon has been given the same
spotlight that the Kony 2012 campaign received, and it shed light on the dangerous laws which are
complicit in his death and allow his killer to walk free.


Throughout the push to bring awareness and justice for Trayvon's case, it's been difficult to toggle
between the need to continue to live in the present, and the unshakeable anger and sadness that this
issue has raised for everyday black folks who wonder if we could be next. This cognitive dissonance
reminded me of the power of the blues, its reflection of deep pain and determination, and I realized that
the spirit of the blues is something that is missing in the music game right now. Too much of what we
listen to on the radio doesn't reflect real life.

The blues is about telling the truth. The blues requires you to confront the bitterness where you find it,
like Billie Holiday did in "Strange Fruit," or to fight the powers that be like Public Enemy encouraged us to
do. The blues is not only a musical genre, but it's a way of dealing with tragedy in a way that maintains your
dignity. Trayvon Martin's life and death reminds me of the blues, and I will never forget him.