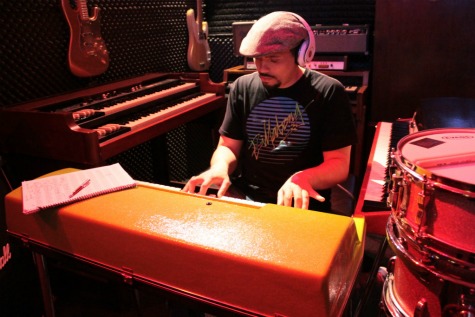 One of my mother's favorite sayings is that, "What's old to you, may be new to someone else." In my younger years, I thought there couldn't be a more ridiculous saying. However, in true fashion, it makes more and more sense the older I get. Case in point with music. As much as I love being the first to be up on something, there are always those times when I discover a "new" artist only to find that it's definitely not their first dance at the musical rodeo -- I just was slow to arrive. "Newcomer" Paris Toon is the latest artist to be added to my new, but not really list. When I first heard his album, Baptism By Fire on his Bandcamp page, I was excited to find out more about the man behind the smooth sound and even smoother voice. However, when I did some digging, I quickly realized that he was far from being the green newcomer I thought he was. After getting his start in the music biz as a hip-hop producer in the mid-'90s, he went on to transition into soul music territory, starting the Brooklyn-based jazz soul band Mother's Favorite Child. But truthfully though, whether or not he's been around the block a few times is besides the point, especially when the music sounds this good. Toon's sound reminds me of the surge of soul music in the late '90s/early '00s when it seemed like everyone eschewed the manufactured sound that had previously been popular in exchange for a more organic, live sound. Part funk, part soul, and 100% good, Baptism is a great introduction to those like myself who weren't up on Toon, while surely serving as a welcomed return by those who were already up on him. Early standouts include the lush and heartfelt "No Longer Sees Me," "The Gift," and the ultra-groovy "The Difference." But whether he's new or old to you, there's one thing I'm certain of -- I hope this won't be the last we've heard from Paris Toon.


TAGS:  audio, mother's favorite child, paris toon
Previous: We ‘L’Amour’ Ntjam Rosie Next: Does Kanye West Have The Cure For What Ails You With ‘Theraflu’?