Brandy & Chris Brown ‘Put It Down’…But Will You Pick It Up? 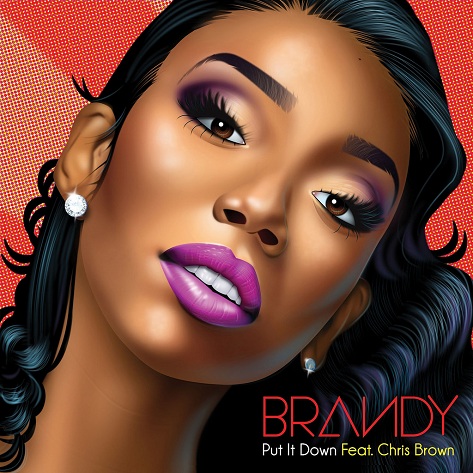 After the promotional push for her duet with Monica, "It All Belongs to Me," and her recent Behind the Music episode, Two Eleven is being touted as Brandy's comeback album, so you'd think she'd step back onto the scene with her best foot forward, right? Well, you thought wrong. Released today, "Put It Down," the Chris Brown-featuring lead single from the set, is a step in the wrong direction. Producer Bangladesh, who's made a plethora of club bangers for everyone from Kelis to Beyoncé, somehow saddles B-Rocka with an energy-less mid tempo track that loses momentum the minute the beat drops. It's also unclear what Chris Brown is doing on this song (other than the blatant attempt to generate buzz about the single). Honestly, Brandy should've taken advice from the song's chorus. If she had "put it down right," then maybe this song would be the exact vehicle she needed on her way back to the top of the charts. As it is now, one can't help but be disappointed. Here's hoping that this is just a buzz single and whatever else Two Eleven has to offer comes better than this.


TAGS:  audio, bangladesh, beyoncé, brandy, chris brown, kelis, monica
Previous: Usher Makes Us ‘Scream’ In Agony Next: Nas Has Something To Say About Our ‘Daughters’