While I'll admit that Glee has jumped the shark more times than I can count in the three seasons it's been on air, what keeps me coming back are the show's talented performers, especially Amber Riley. Shortly after Whitney Houston's passing just over two months ago, an episode aired with Amber doing justice to the fallen singer's signature tune "I Will Always Love You." The timing of the moment, however, was purely coincidental, as the show had been shot long before Whitney's passing. So, when it came time to do an intentional tribute to our beloved Whitney, it was only right that Ms. Riley's stellar vocals take the lead once again. She, along with costars Lea Michele, Naya Rivera, and Chris Colfer, took on '80's pop classic "How Will I Know," but with a more solemn twist. Their take is based on the utterly amazing isolated vocal of Whitney's original. In the clip, the foursome find themselves walking the hallways of their school, where Amber's character Mercedes has turned her locker into a shrine for her fallen idol. It's such a beautiful and heartfelt rendition of the song, and a painful reminder of the loss we all suffered with the passing of the legend. This is also yet another reason why I'm waiting with bated breath for Amber to finally release an album. You can watch the clip below and catch the televised version of the tribute when Glee airs on Tuesday, April 24th.


TAGS:  amber riley, Chris Colfer, Lea Michelle, Naya Rivera, whitney houston
Previous: Dezaray Dawn Is ‘Over It’ Next: Emeli Sandé Shows Us What Her ‘Kind Of Love’ Looks Like 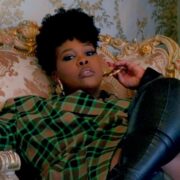 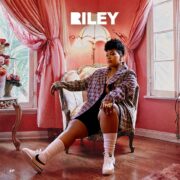