Have An ‘Affair’ With The Yes Ma’ams 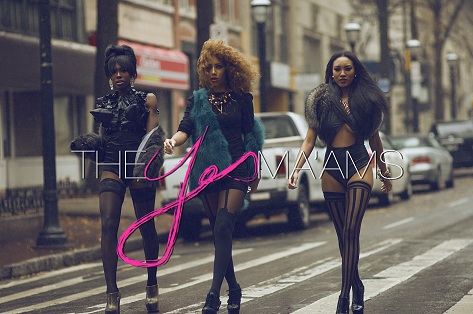 It's been a long while since the '90's heyday of girl groups, and many 21st century attempts at bringing about the fad's resurgence have fallen on deaf ears. So what makes the naughty trio The Yes Ma'ams think that they can find success where others have failed? Apparently group members Privacy, Slander, and Secret (yes, these are their names) have sass, spunk, and style to spare and aren't afraid to show it. Channeling some of the best of the '80's and early '90's pop/R&B stars, the ladies succeed in creating a cohesive and interesting sound. They've recently released the freEP Taste Test and, as the title suggests, it gives you a taste of what exactly you can expect from these feisty ladies. While the collection contains its share of hits (and a couple misses), the trio sounds best when they mine '80's sounds like on standout track "Current Affair." Unlike predecessors Electrik Red, who mostly aped groups like Vanity 6 without adding much, The Yes Ma'ams opt to channel the spirit of the time without sacrificing originality. From the opening kick drum to the synthed-out groove, "Current Affair" feels like it could've been a song in the Jam & Lewis era of hits, with the ladies cooing come-ons as the question if their paramour can last more than a night. You can download Taste Test to see what all the fuss is about, but first, sample "Current Affair" below.
Center


TAGS:  audio, electrik red, jimmy jam, terry lewis, The Yes Ma'ams, vanity 6"
Previous: It’s Never ‘Whatever’ When It Comes To Karina Pasian Next: This New Austin Brown Is ‘Where’ It’s At