Joy Denalane Wants Us To Stand By ‘No More’

I have been anticipating the release of the English version of Joy Denalane's Maureen ever since I learned that she would be re-recording the set for an international audience, and heard the fantastic first single, "Should Have Never," featuring SoulBounce fave Bilal. To whet appetites further, Joy released an in-session performance of one of the stand out tracks, "Free," and now she has released a video for the Curtis Mayfield-sampling album opener, "No More." The majority of Maureen deals with the subject of love's ups and downs, but "No More" is a little more socially aware and deals with the subject of war and the fact that many of us turn a blind eye to what is going on in various corners of the globe. Check it out below, in all its muted-tones glory, then go get yourself a copy of Maureen. I guarantee you will not be disappointed. 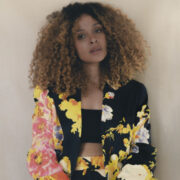 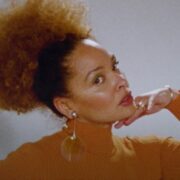