Leon Ware & Quadron Give Us ‘Orchids For The Sun’ 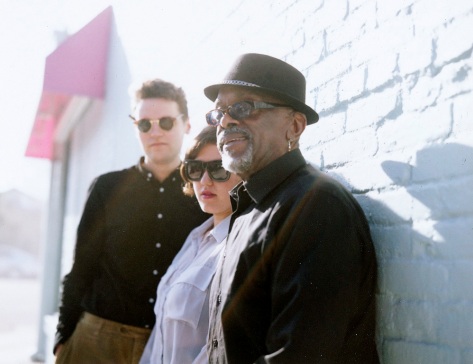 Well this was certainly a nice surprise for a Tuesday morning. Legendary singer/songwriter Leon Ware -- who we last heard from alongside The Decoders -- has teamed up with everyone's favorite Danish duo Quadron for a new track entitled "Orchids For The Sun." Ware is probably best known as the guy who penned hits for the likes of Marvin Gaye, Minnie Riperton and Donny Hathaway, but his own catalog is equally as impressive. There is no word on whether this track signals a new album/project from Ware, but working alongside Robin and Coco is certainly a good look for him so let's hope so. A video for the song, featuring all three artists against an LA backdrop did do the rounds earlier, but has been mysteriously pulled, so we have a SoundCloud stream for your listening pleasure below.