Melanie Fiona Is All About That ‘MF Life’ 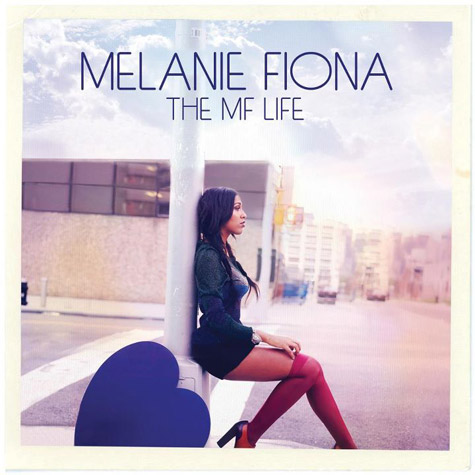 Stylistically, Melanie Fiona is like that cool friend you have who is well-rounded, cultured but has never forgotten where she came from -- and you don't want to cross her. Her latest release, The MF Life, is good as a body of work but so far has failed to yield the killer singles like "Give It to Me Right" and "It Kills Me." Coming off of a landmark year by earning a GRAMMY for her duet "Fool For You" with Cee Lo
Green
, I had high hopes that Fiona's next outing would take her to the next level.
Center

I do feel this is a more honest album, performance and production-wise for Melanie. With her first album, I felt they were trying too hard to shoehorn her into an Amy Winehouse or Duffy retro soul sound, and it just didn't work. I think it may be hard for her to break through the clutter of 130 bpm techno/dubstep
singles that are monopolizing the pop and hip-hop charts right now.

Throughout the album, Fiona collaborates selectively with new and classic hip-hop artists, but her vocals are always the star. On the opening track, "This Time," I really like the chemistry created by Melanie's
pleading urgent vocals and J. Cole's verse (which he didn't phone in, thankfully). The march-like military beat invokes the battle they are in trying to find their way back to each other after a breakup. The first
single, "4AM," would have charted higher if her vocals were more convincing. It also sounds way too much like Mary J. Blige's current single "Mr. Wrong," which is not surprising since both were produced by Rico Love. Fiona sounds uncharacteristically relationship-weary, instead of assertive and no-nonsense as usual when she sings verses like, "he must have bumped his head" and "he's probably somewhere with a dancer" at that precarious hour. Her vocals are impeccable always, don't get me wrong, it's just she doesn't sell the story. But Melanie gets her mojo back on "Running," a funky collabo with Nas. She lets you know definitively she's had enough of this relationship when she states "I just keep on runnin', runnin' on the line/and you wonder why I'm so damn tired all the time?" The drums are raw and filtered, but the background and guitar seem almost in the way. Nas, of course, delivers a rich, relevant 16 bars.

By far the standout cut that will make you say "whoa!" is "Change the Record" where she partners with alt-rapper B.o.B. The beat just straight knocks, there's no other way to put it, but it doesn't overpower Melanie's spot-on vocals. Here she's advising us if we don't like what our man is "playing" then change the record. It is punctuated by a chunky four-chord piano melody that will remind you of Toto's "Hold the Line." Written by Fiona and Andrea Martin, and produced by newcomer LOS da Mystro, it will be criminal if "Change the Record" isn't released as a single.

Although the Winehouse soul sound isn't as dominant on The MF Life, it still shows up on tracks like "Bones" and "Watch Me Work." All I can conclude is either Fiona likes the sound, or the label thinks it will help her cross over, but again, both tracks come off as a force-fit and therefore unappealing. "L.O.V.E." a duet with John Legend, is a skippable snoozer that comes off sounding like something on a PSA commercial or charity anthem. She is unable to stay away from the Jason Mraz acoustic sound that seems to be everywhere these days on "Can't Say I Never Loved You." I would have liked to hear her infuse this with more of a Caribbean vibe to make it stand out. (Shouldn't a journey through The MF Life include homage to her Guyanese roots?) As it is, it's just unremarkable.

Our glimpse into The MF Life closes with an answer record to "4AM" called "6AM," with T-Pain as the missing boyfriend. We hear Fiona's feistiness come back on this track, but the choice of T-Pain as a featured rapper sounds dated and his verses predictable. Rick Ross, Lil Wayne, or fellow Canadian Drake would've sounded more current.

The journey through The MF Life is worth the effort. Its collection of strong, well-delivered tracks makes up for the few minor stylistic missteps. 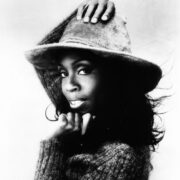