Nas Has Something To Say About Our ‘Daughters’ 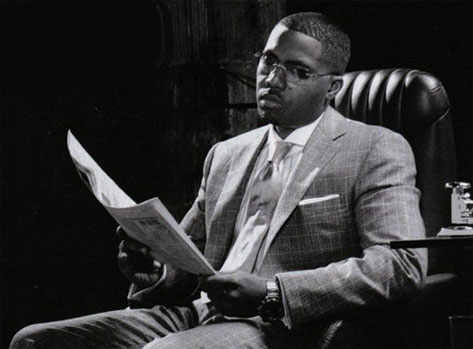 My respect for Nas already went way up after watching his episode of Behind the Music a few weeks ago, and it gets bumped up another few notches with his latest leak, "Daughters." Nas, who himself has a daughter, is talking to and taking men to task about being fathers to their daughters, lest she grow up with daddy issues and find herself on the pole (word to Chris Rock). My only gripe about this song is that the chorus is lacking -- sounding almost unfinished. But it's a small problem on an otherwise great track."Daughters" is produced most excellently by No I.D. and will be found on Nas' upcoming long player, Life Is Good. The album isn't scheduled to be released until July 7th, which seems like an eternity away seeing that "Nasty" dropped last June. But if the remaining songs sound as good as what we've heard thus far, then our patience will pay off.
Center